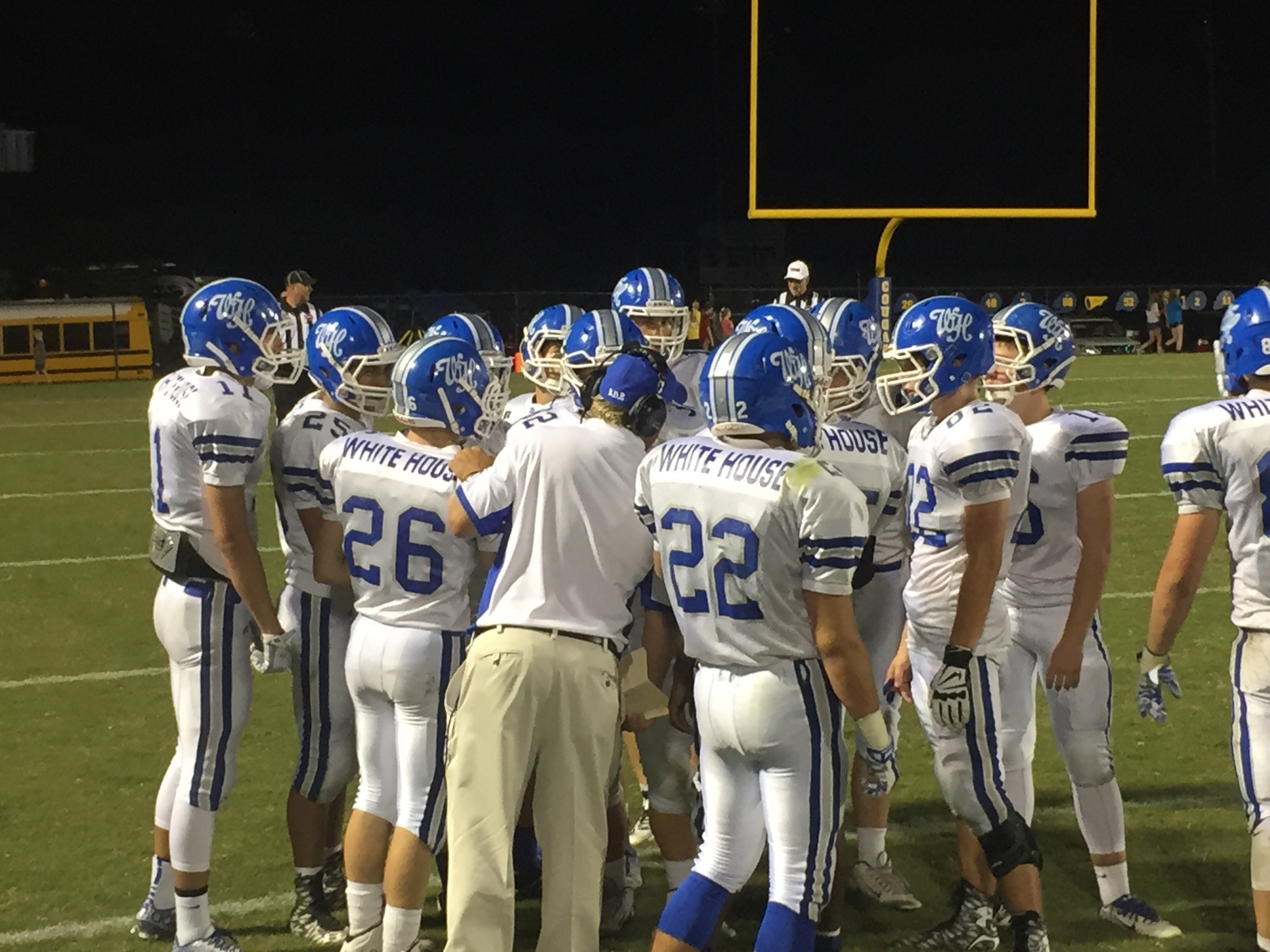 MADISON – Coming off a big rivalry win to open the 2015 regular season, the White House Blue Devils were searching for continued momentum at Goodpasture Friday night.

Capturing a 25-0 shutout on the road, White House evened the all-time series with the Cougars at 6-6. Senior running back Trey Hyde rushed 19 times for 104 yards and a touchdown, but it was a night of slow-paced football to accomplish the end result and a victory for the Devils.

Goodpasture fell to 0-2 and has yet to score a point against either Battle Ground Academy or White House in 2015.

“Coach (Jerry) Joslin has doubled their numbers since a year ago, and they are getting better,” said White House head coach Jeff Porter of the new Goodpasture coach and long-time friend. “We are thankful to get a win, but it was not the prettiest of nights. We did not play with the intensity that we did last week.” 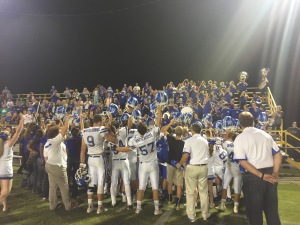 Clock malfunctions and penalties slowed the sluggish pace and neither team moved the ball with consistent momentum. Hyde also fumbled once and the Devils failed on downs once to finish 4-of-6 in the red zone.

White House had 265 yards of total offense, but settled for three field goals. Senior Logan Trimmer nailed all three kicks, two extra points, had a sack on defense, punted three times for an average of 35 yards, and kicked off six times with four touchbacks.

The versatile tight end made his biggest impact in the passing game, catching a 59-yard roll out from senior Luke Hopkins in the third quarter to make it the eventual 25-0 final. Hopkins was 6-of-11 for 111 yards in his first start at quarterback.

Trimmer opened the scoring with a field goal in the first, then Hyde added a 16-yard touchdown run in the second for a 10-0 lead. The Blue Devils jumped ahead 12-0 when the snap sailed over punter Tucker Barnes head for a safety. Trimmer then made it 15-0 at the halftime break and 18-0 in the third quarter.

“We had some players in different positions tonight and stepped up this week,” Porter said. “But we are going to have to be better with our attitude and effort heading into next Friday night and that begins with how we practice. 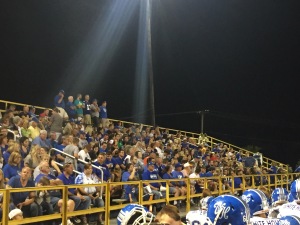 “We have our work cut out for us. There is no doubt about it. We have to get better.”

On a slow night for offense, defense was the bigger story.

Trimmer, Blaiz Phillips and Dawson Bragg combined for two sacks, and the Blue Devil held Goodpasture to 1-of-11 passing for eight yards and 48 rushing yards on 31 carries. Goodpasture did not cross midfield until the final play of the game.

Carter Hunt intercepted the Cougars in the fourth quarter and returned the pick 41 yards for an apparent touchdown before a penalty wiped off the touchdown. But the turnover stood and White House essentially ran out the clock before failing on fourth down in the red zone.

Goodpasture converted just 1-of-10 on third down and punted seven times.

Phillips led the defense with nine tackles, while Hyde, Denis Schaffer, Preston Long, and Josh Dailey all had five stops.

White House opens the newly formed Region 5-4A next Friday at home against Portland. It is the first time the two teams have met in region play since 2000 when Portland beat White House twice and won the state championship in Class 3-A.

The win was the 250th career coaching victory for Porter.