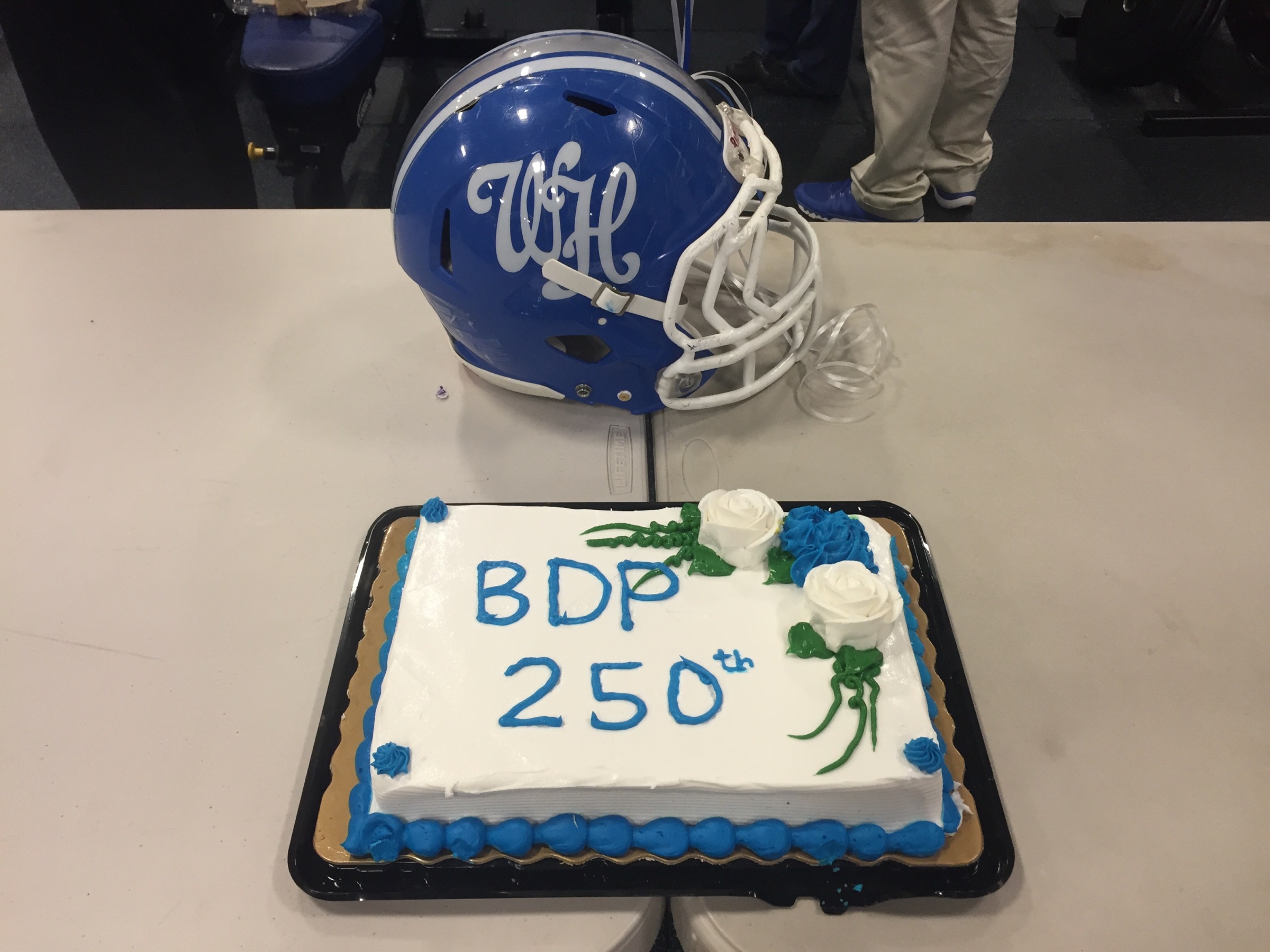 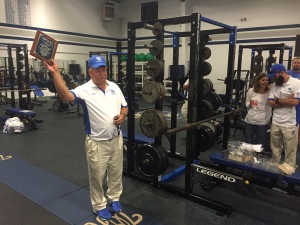 By Kris Freeman for The White House Connection

MADISON – A fitting tribute to White House head coach Jeff Porter for his 250th career victory was the final score in Friday’s win over Goodpasture.

The visiting Blue Devils evened the all-time series with Goodpasture with a 25-0 shutout win, and those digits matched the number of career triumphs for the coach in his 29th season at the helm. A humble Coach Porter was honored at the fieldhouse when the team returned with a cake, pizza and a plaque and a warm welcome from his players, fans and family.

“I just want to take a moment to say thank you to all of the people who do such a tremendous job taking care of this program,” Porter noted in a short speech. “The White House Quarterback Club, our coaches and our community go above and beyond and this is as much a recognition of what you do as anything.”

Porter’s first season was 1987 when he took over for two-year coach Bill Locke. He has been at White House 33 seasons total, four as an assistant under Robert Lassiter and Locke. His best season was 1997 with a 15-0 state championship, and his career mark of 250-104 ranks among the best in the history of the state of Tennessee.

Porter’s teams have been to five straight Class 4-A quarterfinals and made the postseason all but one of his previous 28 years.

The all-time leader for wins in TSSAA history is Ken Netherland of Germantown and St. George’s with 362. He retired in 2010. The active leader is Porter’s friend Gary Rankin, who has 333 at Alcoa, Riverdale and Smith County combined.

Porter’s first team went 6-6 in 1987. After a season-opening loss, 19-2, to Kentucky powerhouse Russellville, he and his team picked up the first career win with a 22-18 defeat of Portland.

White House returns home to play Portland this Friday. Porter is 22-9 against the Panthers in his career as a head coach.