White House junior running back/defensive back Preston Sharber was named the Player of the Week for the Blue Devils in week eight after a 50-7 win over White House Heritage. Sharber rushed 13 times for 69 yards and two touchdowns, and made four tackles and two interceptions on defense, with both turnovers leading to touchdowns.

For the season, Sharber has rushed 39 times for 202 yards with four touchdowns, caught one pass, made 12 tackles with two for losses, and leads the team with four interceptions.  He is fifth on the team in scoring with 24 points. He also has one special teams block.

Preston is pictured receiving his game ball with our Player of the Week sponsor, Tal Plumlee of Farm Bureau Insurance of Tennessee in White House. Tal’s office is located at 133 Edenway Dr. and you can reach him at 615-672-7171 or visit online at https://www.fbitn.com/tn/robertson-county/white-house/robertson-white-house-agency/tal-plumlee. 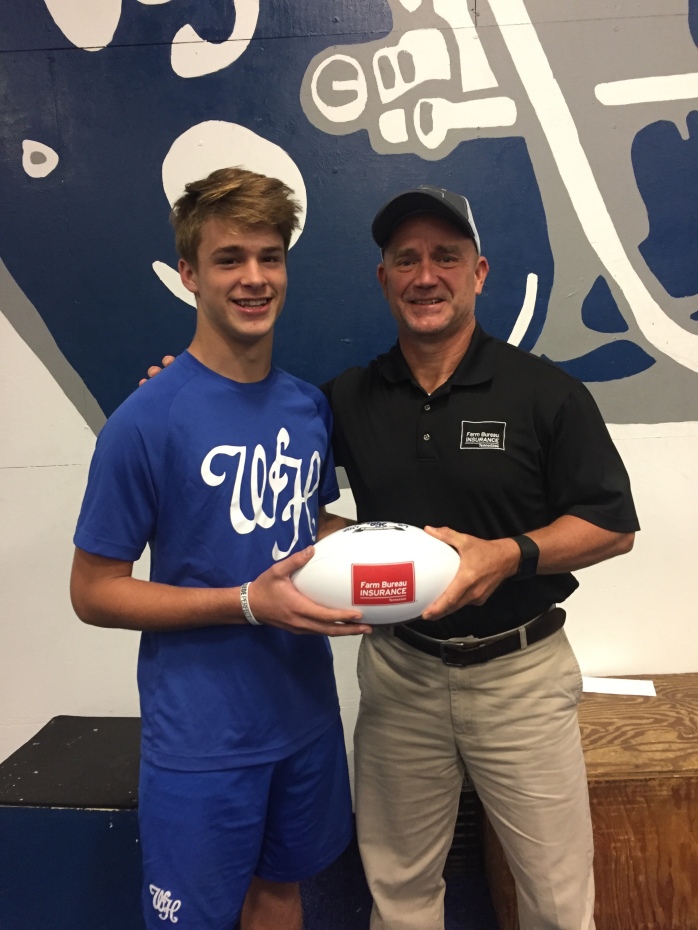