Posted on November 12, 2021 by whitehousebdp 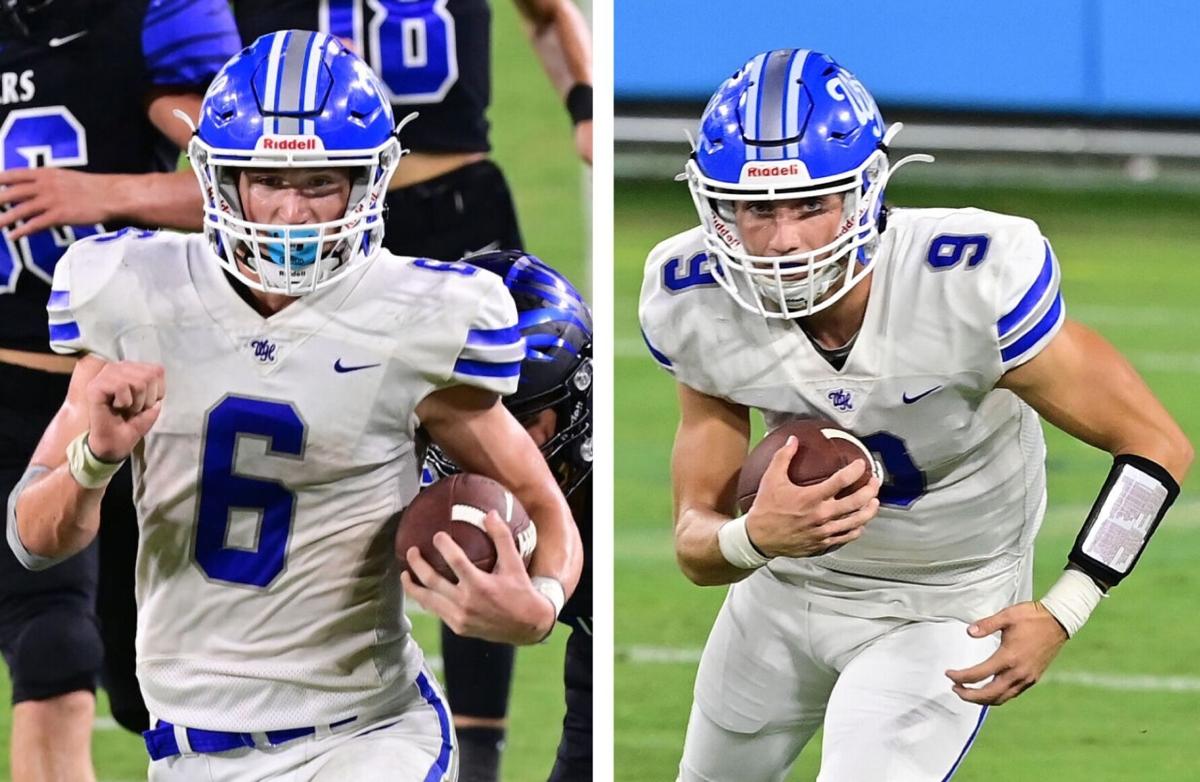 Ranen Blackburn and Reece McAfee are trying to enjoy the good times for as long as they last.

The two White House seniors have each rushed for over 1,000 yards to help their hometown Blue Devils to 10 straight wins ahead of Friday’s Class 3A second-round playoff game against visiting Smith County.

Blackburn and McAfee were elementary schoolers the last time White House advanced past the second round in 2014. They’re also just the second duo in program history to rush for 1,000 yards apiece in the same season behind Bryan Dixon and DeMarqus Payne, who accomplished the feat in 2007.

“There’s really no feeling like it,” McAfee said. “Our goal every week is to just get back to the next Monday (practice). We’re sticking with that, and the rest will play itself out.”

White House coach Ryan Hamilton has seemingly pulled all the right personnel strings, perhaps none more important than how he shuffled the Blue Devils’ backfield.

Blackburn, originally a running back, slotted in as a dual-threat quarterback last season. McAfee, who began his career at wide receiver, shifted to running back during spring practice.

“It doesn’t always work that way,” Hamilton said. “Things fall into place by accident or however you want to look at it. To me, the ultimate goal is getting everybody here, having the same beliefs and understanding that it’s a team effort. It’s all about us and what you can do for the guy beside you.”

Blackburn, a Class 3A Mr. Football semifinalist, can burn defenses with his arm or his legs.

He has thrown for 1,063 yards, rushed for 1,282 more and accounted for 25 total touchdowns to lead White House to heights it hasn’t seen since Hamilton took over for longtime head coach Jeff Porter at the end of the 2018 season.

“The defense has to pick if I’m going to run the ball, throw the ball or hand it to Reece,” Blackburn said. “It’s great being able to have different options to keep the defense on their toes.”

McAfee, who joined the team as a junior last season, hadn’t taken many reps at running back until the White House spring game earlier this year.

“It’s kind of taken off for him,” Hamilton said. “He had a great offseason in the weight room, bought in and wanted to be here with everybody.”

Blackburn and McAfee have played a role in all but 329 of White House’s 4,037 total yards. Both gave credit to the offensive line – which includes Riley Eaton, Parker Hollinsworth, Chris Johnson, Christian Mejia and Spencer Noah – for paving the way.

They also gave a nod to Hamilton, who doubles as the offensive coordinator, a role he held for eight years before adding head coaching responsibilities. The window dressing in Hamilton’s pro-style offense has kept defenses guessing.

“By the time we snap the football, we may have shown at least two formations to start the game off and we can see how (defenses) are going to line up,” Hamilton said. “That’s what we want to attack.”

Blackburn, McAfee and the other 20 White House seniors are hoping to keep their special season alive a bit longer, especially since most of them have played together since their middle school days.

“We may not have had the best season every year, but as far as chemistry and connections, we’ve been tight,” Blackburn said. “I’m just glad that we get to finally lay it all out on the line as seniors.”