Posted on November 13, 2021 by whitehousebdp 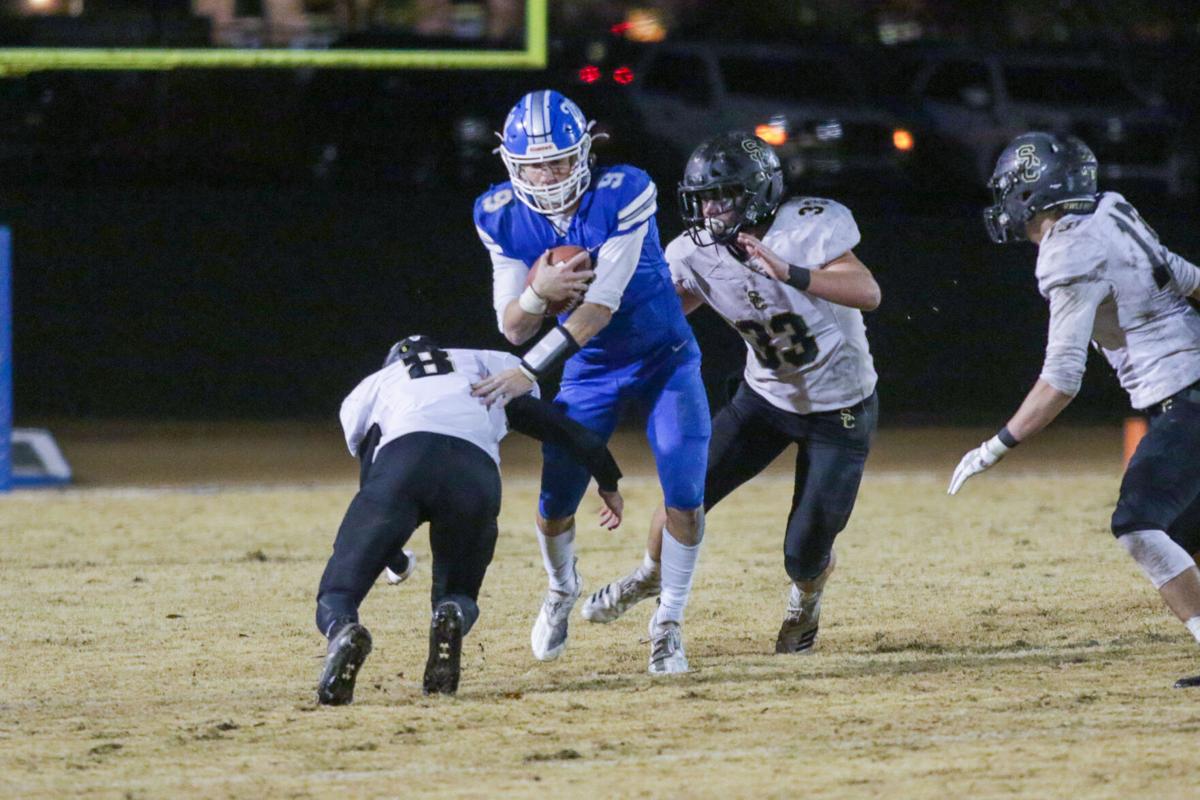 Ranen Blackburn noticed the crowd that had quickly gathered in the north end zone at Dewey H. Whitson Stadium.

An upset was brewing with White House trailing Smith County 13-10 in the second round of the Class 3A playoffs. Both student sections vacated the bleachers for a closer view of the final plays.

With 35 seconds left – to the anticipation of nearly 150 students – Blackburn snapped the ball, rolled to his right and dropped a “perfect” pass to senior Austin Beeson.

“I was hoping that he would find a way to get open,” Blackburn said. “We had everybody on the boundary side, and there was a lot of people over there. I was just hoping I could get a spot where there were windows that I could throw it in.

“It was just a great play by him and I’m super proud of him.”

It was Beeson’s second touchdown reception of the season, and it sent White House (11-1) to its first quarterfinal game since 2014.

“I don’t get the ball that much,” Beeson said. “No one’s going to expect me to get the ball late in the game; they’re going to run through Ranen, Reece (McAfee) or Bryson (Harper). We just pulled it out. I caught it.”

Golden leaves fell to the field following Beeson’s score, serving almost as confetti for the Blue Devils; what was originally practiced as a two-point play continued a historical season for White House.

But they struggled mightily with Smith County all night. Five of their first six drives ended in a punt or a turnover, and the Owls scored just before the half to take a 7-3 lead.

Blackburn responded in the third with a 1-yard touchdown rush, but Smith County scored on an eight-minute drive in the fourth to retake the lead.

“We have stats and everything on targets, and people pick up who we’re throwing to and who we’re looking at,” he said. “Sometimes people might slide underneath the radar. That was his time to step up and he was ready for it. He stepped up and made a play.

“Any time you get a win right here, you get another week with your boys or your team. That’s all you can ask for.”

White House makes its first quarterfinal appearance in seven years next week at East Nashville. The Eagles have outscored their opponents 89-14 this postseason and are playing in their first ever quarterfinal.

“I feel like we deserve it,” said Blackburn, who quietly finished with 118 yards rushing and two touchdowns. “We work so hard, and I’m just super excited.”