Posted on November 14, 2021 by whitehousebdp 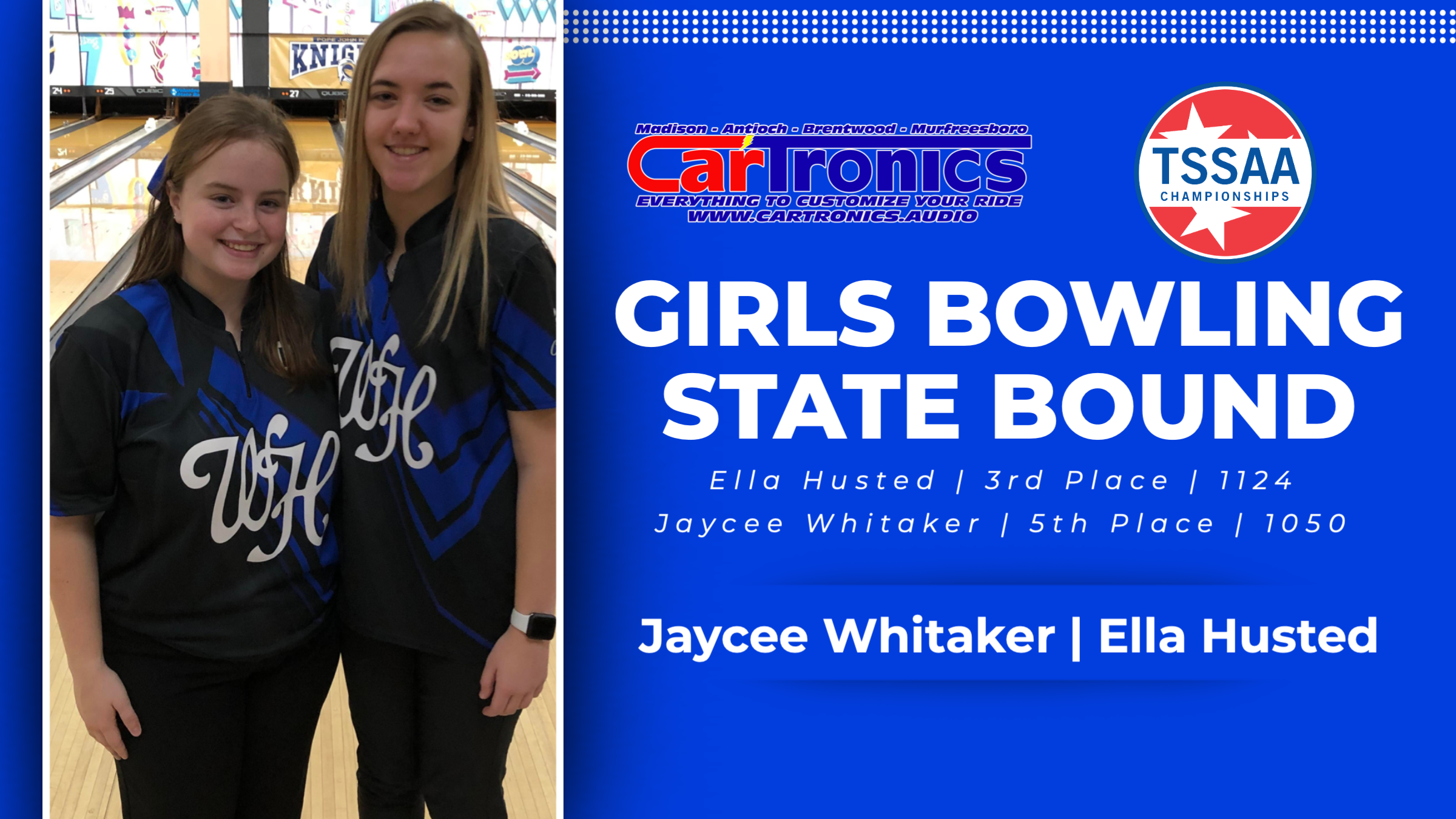 The girls bowling individual round of the TSSAA Sectional Qualifier was held Friday at Strike and Spare Family Fun Center, and two Lady Devils advanced to the TSSAA State Tournament.

Ella Husted was third and Jaycee Whitaker was fifth as the pair qualified for the state individual tournament for girls to be held in January. The pair is making their second consecutive trip to the state tournament. Whitaker finished 17th in the state (161.8) in 2020-21 and Husted finished 20th (159.5). In state tournament bowling, the top six finishers advance to the ladder match format final.

White House’s Kyleigh Husted, the older sister of Ella, finished 2nd in the state her junior year two seasons ago and fourth in the state last year in her final season. White House girls bowling has a long history of success in the TSSAA individual state tournament, but has never had a winner.

On Friday in the sectional, Ella Husted rolled a six-game score of 1124, placing her third behind Gabrielle Mann of Creek Wood (1220) and Lynsey Jackson of Tullahoma (1154). Mackenzie Freeman of Gallatin placed fourth (1092) and then Whitaker added the 1050 score to round out the top five. Emily Hewitt of Tullahoma was sixth at 1007 and Portland’s Madison Taylor was eighth with 1002. The remaining scores were all in triple digits with 891 the cut off at 20th place.

The 2021-22 TSSAA State Tournament is January 19th at Smyrna Bowling Center, where it has been held every year since the sanctioning of the sport as a TSSAA championship event in 2001.

The boys sectional qualifier will be next week.