Posted on November 17, 2021 by whitehousebdp 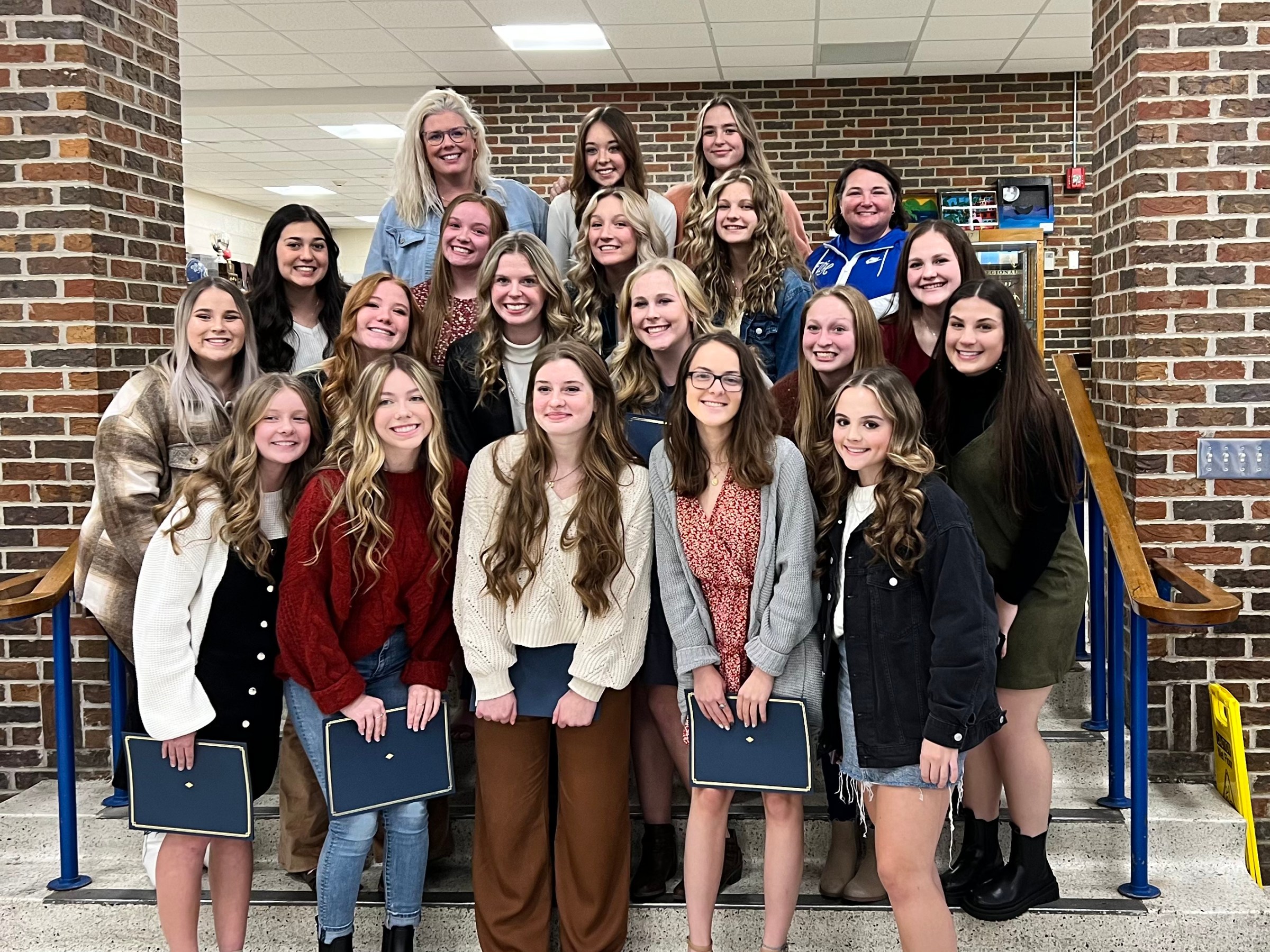 WHITE HOUSE – The 2021 White House High School volleyball team celebrated its run to the Class AA sectional tournament with an end of the season banquet on Monday night.

Seniors Justine Lowe and Megan Thompson, who were both voted to the All-District 11-AA team for the regular season, were named co-team Most Valuable Players. The pair split the most valuable offensive and defensive awards, with Lowe named the Offensive MVP and Thompson winning the defensive MVP.

The playmaker award went to sophomore Olivia Davidson, and the coaches award was given to sophomore Hannah Meador.

A pair of sophomores shared the co-JV MVP awards with Mackenzie Jenkins and Alyssa Ragsdale taking the honors. Sophomore Journey Bowlin was named the most improved award winner.

The sportsmanship award was given to junior Caleigh Anderson, and senior Leanna Holland and Anderson both won the Madalyn’s High Five Award, which is given in honor of former Lady Devil Madalyn Ly, who graduated with her twin sister Allison in 2020.

The Lady Devil Award was presented to senior Lacey Escue and Hannah Meador.

White House will graduate five seniors, with Escue, Holland, Thompson and Lowe from the varsity roster and manager Ashlyn Myers.

The Lady Devils finished as the runner up in District 11-AA and Region 5-AA and advanced to the Class AA sectional before losing to state tournament qualifier Lawrence County.

White House made its first sectional appearance in 29 years. Thompson, Lowe and Anderson were named to the Main Street Preps All-County Team and Coach Kassie King was named the 2021 Sumner County Volleyball Coach of the Year.