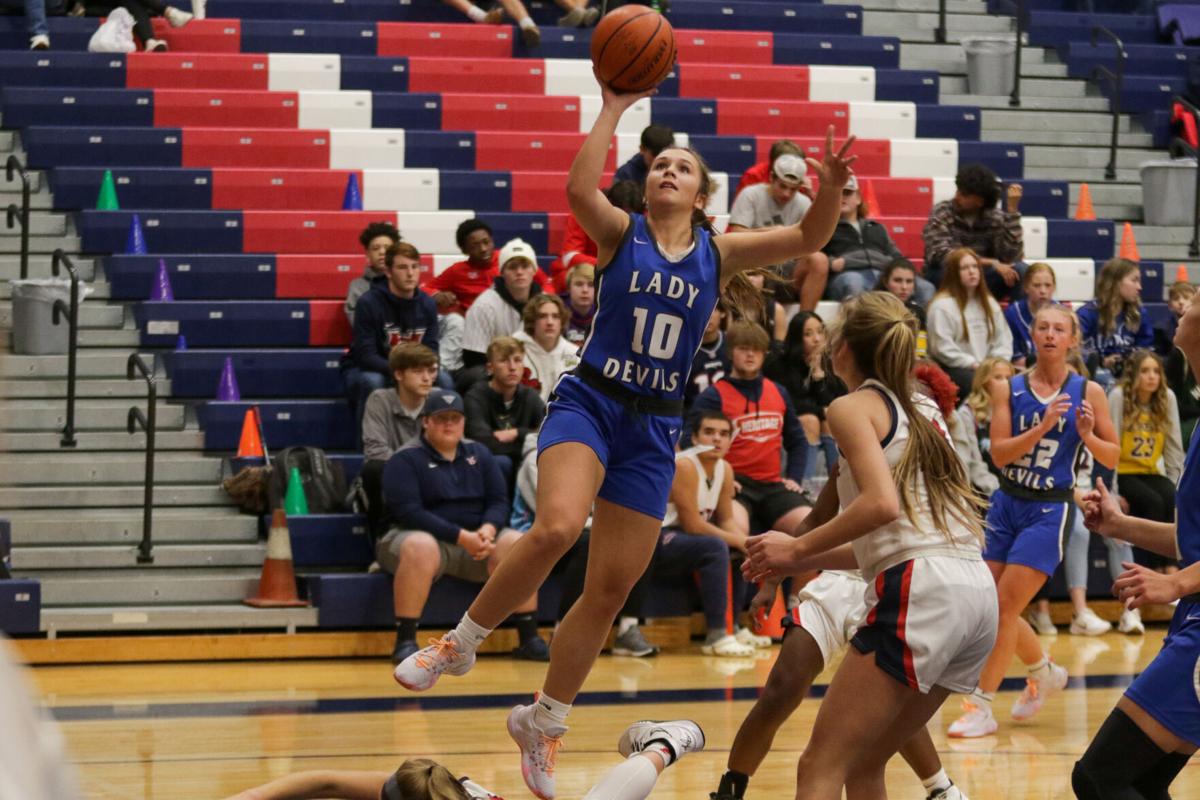 By Blaine Kellar for the Robertson County Connection

After consecutive losses to start the season, White House (1-2) celebrated a 41-39 win at rival White House Heritage on Tuesday, Nov. 23.

“It’s what my girls needed,” said Foulke, who is the school’s third girls’ basketball coach in the past nine months. “They needed it. They’ve been putting in so much work the past week for this game specifically, because they know how much this game means to them.

“Those girls won the game. I was just sitting on the sideline yelling at them.”

Foulke took over as head coach a week and a half ago for recently hired Terri Palmiter due to health complications. She is a Sumner County native and graduated from JPII in 2014.

Palmiter was hired to replace Kelly Smelcer in May of this year. Smelcer, now an assistant at Pope Prep, led the Lady Blue Devils to their best season in 15 years with a Region 5-AA Quarterfinal appearance last winter.

“It’s been a whirlwind of a week and a half, but I couldn’t be prouder of the girls tonight,” Foulke said. “They were just being extremely coachable. Everything I did, that’s what they wanted.”

White House started by scoring the game’s first nine points, but Heritage (1-2) responded with an 11-2 spurt of its own. The two teams were tied at the end of the first, second and third quarters.

Ten unanswered points midway through the fourth gave White House a cushion that the Lady Patriots would eventually break through.

Heritage went on a 10-2 run in the final moments of the game and had two chances to tie or take the lead. Back-to-back double dribble calls cost them the game.

“It’s whoever makes a play there at the end, and we obviously did not make a play,” said Heritage coach Clay Head. “We need to grow as a whole team. We have a lot of good kids, but we need to grow some toughness, and leadership needs to emerge as well.”

Welch College signee Faithe Johnstone sank one of two free throws in the final seconds to seal the win. The senior led all scorers with 14, while Armari’ee Toliver paced the Lady Patriots with 12.

“The past three years we’ve lost every single time here, so it felt really good to break the streak and beat them,” Johnstone said. “Especially with it being a close game, it made it really fun.

“Coach Foulke’s doing a great job with us right now … She pushes us really hard. We really need somebody to be loud and push us whenever we’re slacking and really get on us.”