Main Street Preps: Patriots and Bale too strong down the stretch 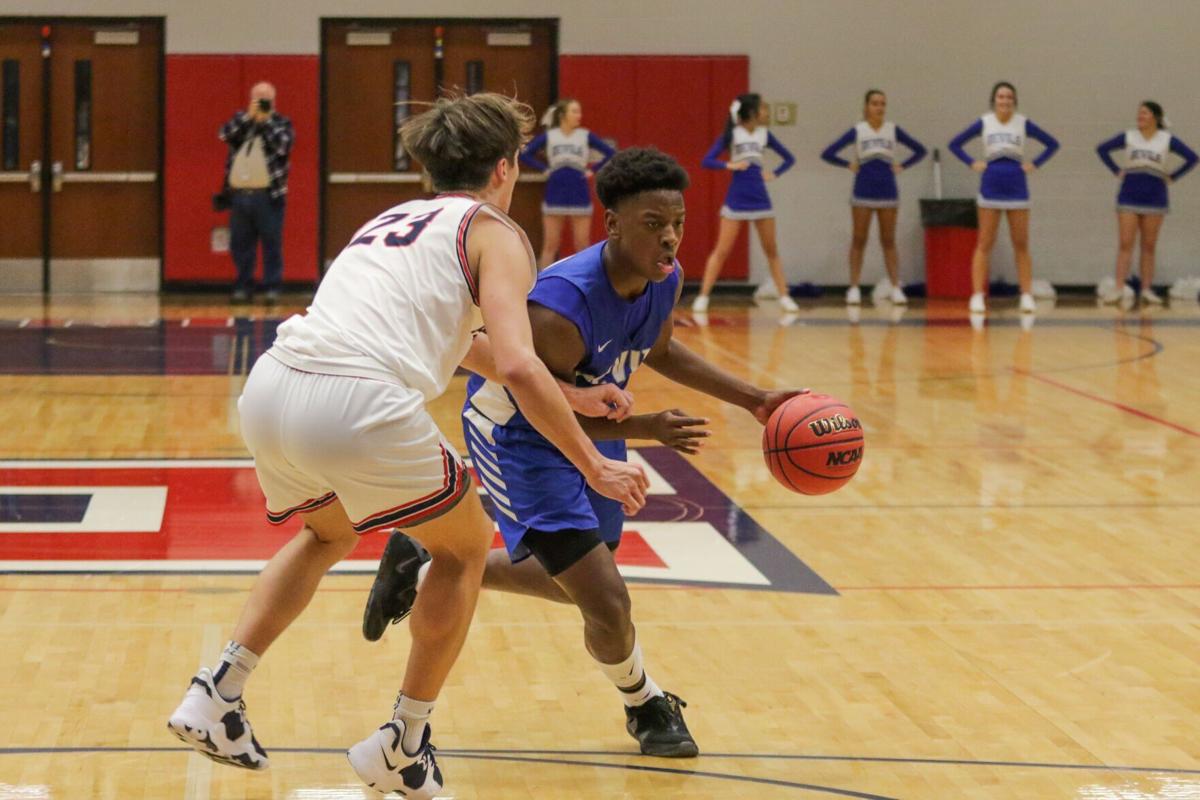 By Blaine Kellar for The Robertson County Connection

The Blue Devils held Daniel Bale to just four points in the first half, but the senior forward put up 17 of his 21 in the final two frames to lead the Patriots (2-1) to a 65-56 win.

“Coming into the second half, I just had to be more aggressive crashing the boards and looking for teammates,” Bale said. “I think we just made adjustments offensively, and we got our offense going and ended up winning this ballgame.”

Bale and Heritage scored 40 points in the final two quarters.

He said his team’s size, aggressiveness and a defensive change by White House (1-2) helped with the offensive spark.

“We want to get the ball in Daniel’s hands as many times as we can because he creates so much more,” said Patriots’ head coach Carl Miller. “When you have three guys guarding him, somebody else is open. We trust these other guys to knock down shots.”

Their lead increased to as many as 11 points in the second half, but sharp shooting from the Blue Devils brought the game within six in the final 30 seconds.

Guard Taye Francis put the game on ice with an offensive rebound and putback after a missed free throw late.

“There was not a lead, for me, that was comfortable enough,” Miller said. “If you’re up 10, 12, 14 points, that’s not safe against a team like White House. Because all it takes is two or three threes and they’re right back in it.”

Cook said the late loss came down to his team’s inexperience. White House’s lone senior, Amarion Lucas, returned to the team after the football season on Monday.

The Blue Devils have seven sophomores and six juniors on their roster.

“Our younger guys are getting a lot of minutes, and that’s good,” Cook said. “We may take some lumps now and learn some stuff from the film tonight, but it’s only going to make us better on down the road.”

After a break for Thanksgiving, the Blue Devils travel to Hume Fogg on Nov. 30. Heritage plays at Springfield the same night.

“This is my favorite win of the year,” Bale said. “Whenever we beat White House, it gets us going for the rest of the season. It’s very exciting”