Posted on November 29, 2021 by whitehousebdp 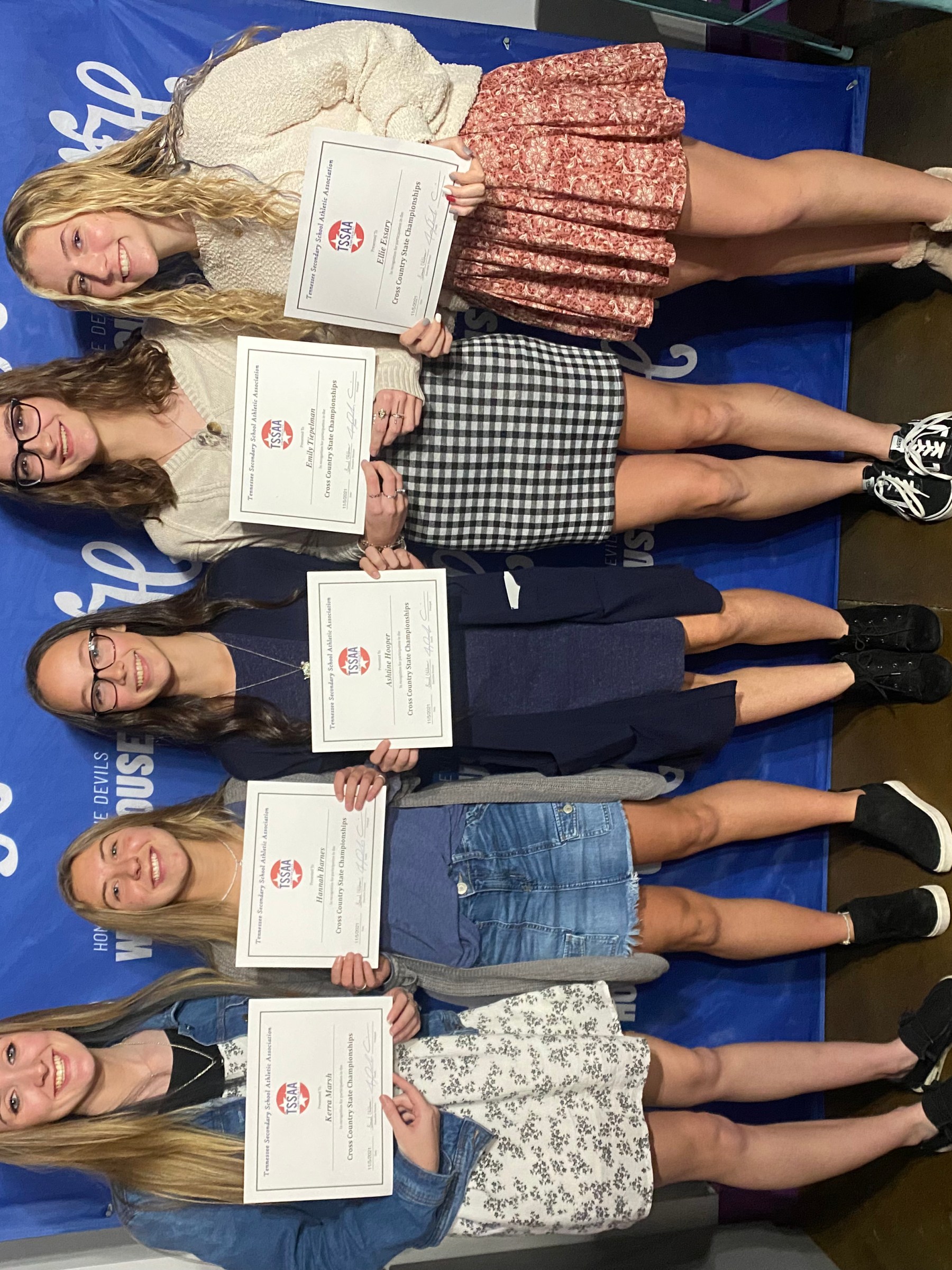 WHITE HOUSE — It was a stellar season for the White House High School cross country team and the squad celebrated its success last Monday at the season banquet at Deja Moo on Sage Road.

The girls cross country team advanced to the TSSAA state meet with a fourth place finish in the region, and the boys finished fifth in the region and just seven points shy of a state berth. In addition to six runners from the girls team competing at the state meet, White House had two individual boys runners to compete at the TSSAA event, which was held at Sanders Ferry Park in Hendersonville.

The team honored an MVP on the boys and girls side, with junior Emily Tiepelman honored as the most valuable girls runner, and sophomore Logan Chudzik as the boys. Boys were named to the 2021 MSCCA All-Midstate Team.

Freshman Adan Salazar, who joined Chudzik at the state tournament, was named the freshman standout for the team.

TSSAA Certificates for the state meet were awarded to Tiepelman, Marsh, Barnes, Essary, Ashtine Hooper and Ella Hunt, along with Chudzik and Salazar.

The varsity letter award was given to the entire boys and girls team by coaches Gary Marsh and Leslie Lasher. The criteria for the award is to run a minimum of three varsity races in a season.