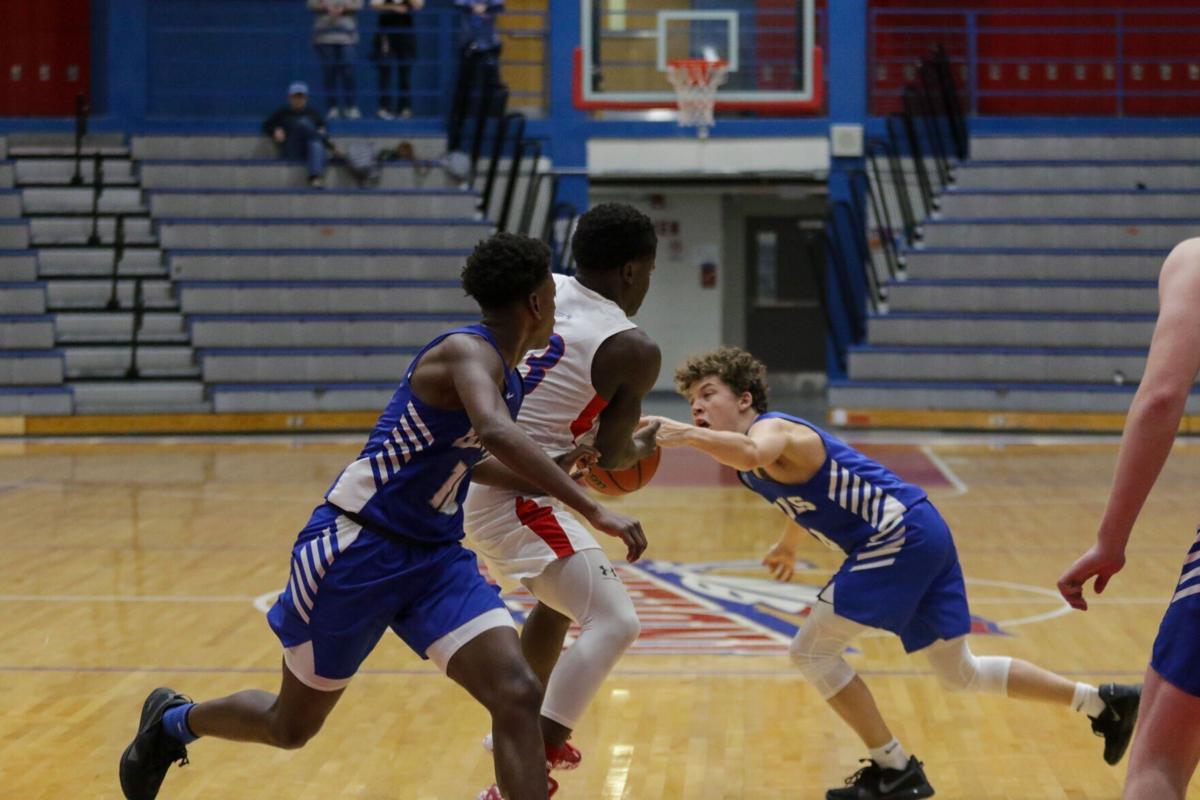 CUNNINGHAM — In a night full of highlight plays, none were bigger than the last two from Ryan Worrell.

With his team tied in overtime against Montgomery Central, the sophomore guard drove in to score two of his game-high 18 points to put his team ahead.

He then stripped DT Faulk on the final possession of the night to seal a 69-67 win.

“Really we were looking to foul to put them on the free throw line,” Worrell said. “I went to go foul him and I hit the ball. That’s really what happened.”

Worrell’s two-way magic was one of many exceptional performances on Thursday.

The Indians (3-13) rode the hot hands of Hayden Boyd and Josiah Rankhorn in the first quarter to pull ahead 16-6, but White House responded with a 19-point second to take a lead into the break.

After an airtight third quarter, it looked like the Blue Devils (4-13) were destined to pull it out in the fourth. They led by six twice and limited Montgomery Central to seven points with 80 seconds remaining.

But a late 3-pointer from Savion Lyle brought it within three, and a corner heave at the buzzer from Faulk forced an extra period.

“It was a big shot,” said Indians coach Mike Brown. “We practiced that play, and he made it. It was pretty exciting.”

The long ball came back to bite Central in overtime, when junior Zane Brown hit back-to-back triples to retake the lead. A Rankhorn field goal tied things at 67 with 45 seconds left, but Worrell did the rest to pull out White House’s first District 9-AAA win.

“(Ryan) has a motor that he wants to go, and that’s good,” said WHHS coach Caleb Cook. “It’s a lot easier to try and pull him back then to push him along, that’s not the problem… We have all the faith in the world in him. I coach him, I teach him, and he made a big play there at the end.

“It’s another good learning experience that we were lucky to win.”

Cook’s youthful roster – which includes seven sophomores, six juniors and one senior – burdened his team at the beginning of the year, but things have started to turn after a 1-11 start. Thursday’s win was their third in the past five games.

“That’s just the experience that they gain each night out,” Cook said. “There’s no better tool than just experience.

← Marshall named to WKU Scholars of the College
Main Street Preps: High ceiling for Lady Devils with 51-26 win on road →