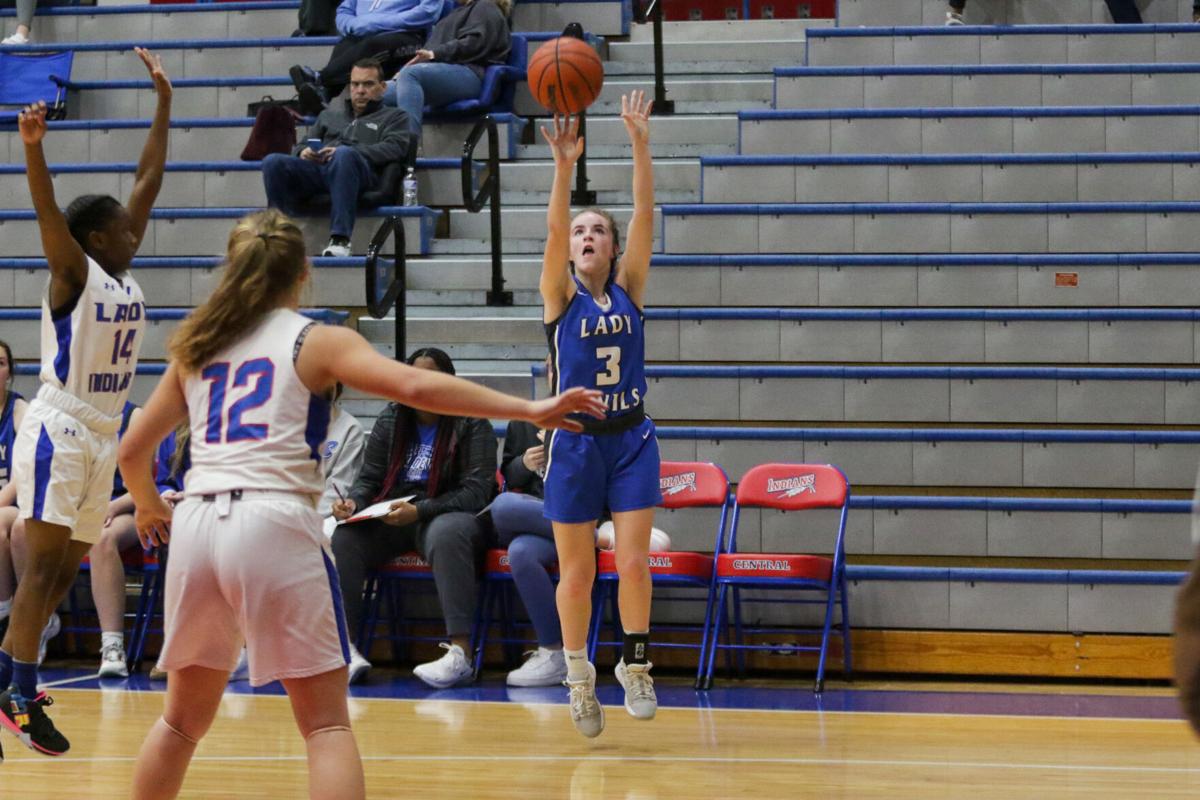 CUNNINGHAM – Bailey Foulke is dreaming big in year one as the White House girls basketball coach.

Sitting at 10-8 on the season after a 51-26 win at Montgomery Central, Foulke has brought the bar to the highest degree for her players.

Foulke took over head coaching duties 10 days before the season following Terri Palmiter’s resignation due to health concerns. Palmiter was announced as Kelly Smelcer’s replacement in May, leaving Foulke as the program’s third head coach in an eight-month span.

Smelcer accepted a job at JPII after leading the Lady Devils to a 15-15 season and a Region 5-AA Quarterfinal appearance.

“You just never know how players are going to take that and play with it,” Foulke said. “They have been so coachable and so workable. They work with me, I work with them, and it’s just been a fantastic season.”

Defense has been White House’s calling card so far. Through their first 18 games, they’ve allowed 40 points or less 12 times and have hung tough with 4A Clarksville and 11-3 Pearl Cohn.

“We have a very strong defensive team,” Foulke said. “They naturally know how to play with each other on defense.

“It’s great to be a strong defensive team, but we sometimes have to remember to turn that over into actual offense.”

The Lady Devils opened Thursday’s district affair by scoring 23 of the first 25 points. Montgomery Central quickly fell behind 10-0 from the tip and were unable to score a basket for the first six minutes of game time.

“State is the goal for everyone, but I think making it farther than last year would be a win,” Hyde said. “We love each other and we love playing together.”

Thursday clinched the school’s third 10-win season in the last 12 years, and a winning season for Foulke would be White House’s first since 2007.

The Lady Blue Devils are 3-0 in District 9-AAA play and have never reached the state tournament. Friday’s match against 2021 state tournament qualifier Creek Wood could be a litmus test for their postseason future.