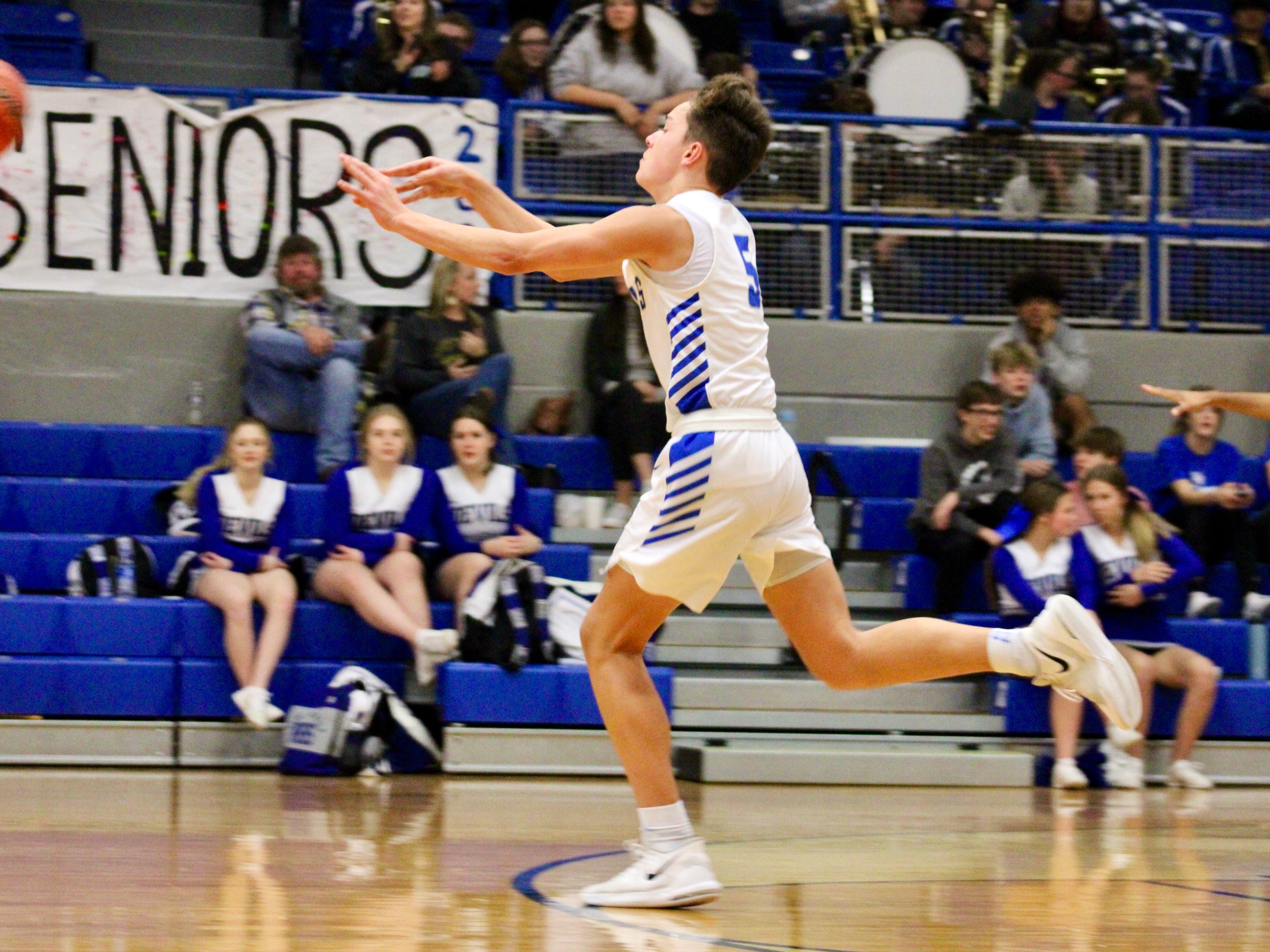 WHITE HOUSE – When the shots fall for the White House Blue Devils, big things happen on the perimeter.

Zane Brown dropped 26 points and Bryce Hill added 13 as the Blue Devils torched the nets for nine three-pointers and a 56-52 victory at home over Watertown. But it was a change in philosophy to attack the paint that sealed the game in the second half.

When J.J. Goodall tied the game with a spin move through separation at 50-50 with 2:20 left, White House took possession and slowly worked around the basket. Jimmy Allen saved the ball from going out at the baseline of a missed floater by Hill, and then Hill dropped an assist to a wide open Allen streaking to the basket with 1:47 left for the 52-50 lead.

Trent Spradlin missed left side of the rim on a three with 1:35 left and Ryan Worrell grabbed the rebound, and Hill gave White House a two-possession lead with 1:25 remaining after he was fouled driving to the basket. Spradlin cut the lead to 54-52 on a baseline cut off the inbounds pass with just over a minute to go.

With the Blue Devils working the ball around the perimeter to run the clock, Worrell found a bounce pass through the lane to Allen for the left side layup and a 56-52 lead that proved to be the final, as Watertown missed with 14 seconds to go and Brown grabbed the board. Hill was fouled and could not convert, but Watertown had just 11 seconds left and could not score.

A back and forth game in the first half closed at the buzzer when Ryan Worrell drained his only points of the game on a three at the horn to give White House a 31-29 edge at the break.

Watertown was able to stay in the game on the heels of 22 points from junior forward Trent Spradlin, including 14 in the second half.

But White House shifted its focus underneath in the second and junior post Jimmy Allen scored eight of his nine points in the final 16 minutes of the game.

Watertown fell to 6-14 for the season, and White House improved to 6-16. The Blue Devils are 1-3 in district play and return to the District 9-3A slate Friday with a trip to Portland. With four district games remaining, White House has a win against Montgomery Central and losses already to Creek Wood, Portland and Greenbrier.