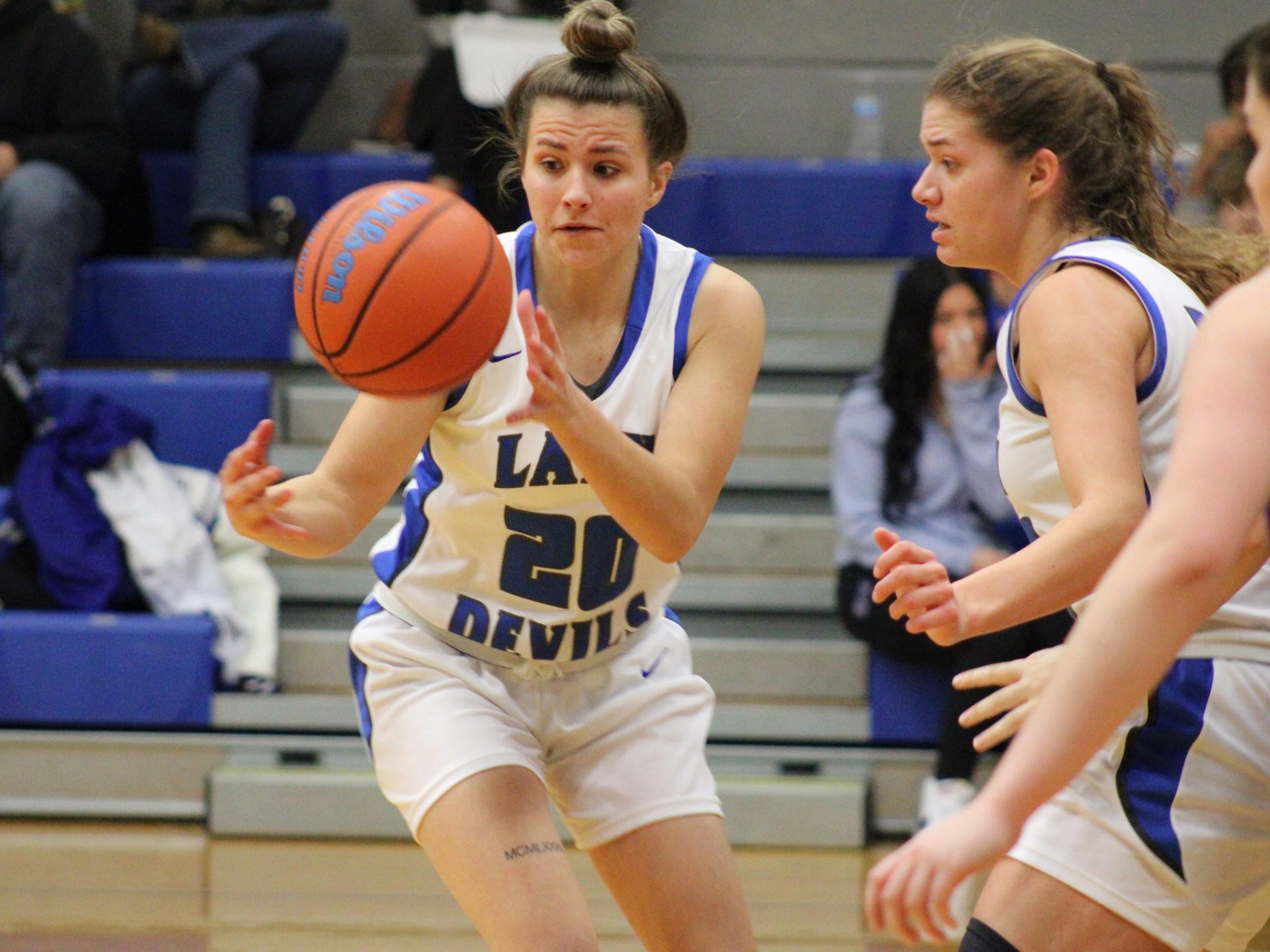 WHITE HOUSE – It was a contrast of styles between non-district foes on Tuesday night in White House, but the Lady Devils slammed the door defensively in the second half and rallied to beat Watertown, 47-34.

After surrendering seven three-pointers in the first half, White House locked down the Tigers for only nine total points in the second half and pulled away in the fourth quarter on the power of transition basketball and points in the paint.

The Tigers had no answer for sophomore Marley Hyde, who dropped in a double double with 14 points and 14 rebounds, right on her season average for scoring and keeping her in double digits on average for rebounds. But Hyde struggled through a shooting slump in the second quarter and Watertown took advantage from distance to build a 25-20 lead at the break.

White House flipped the script in the second half by turning up the defensive pressure and extending the zone to cut off the shooter. What resulted was only one three for the Lady Tigers, and White House took the lead when senior Hannah Crabtree scored all eight of her points from the end of the third to the start of the fourth. Three times, she converted on assists from senior Faithe Johnstone.

Senior Chloe Hart added a big jumper for her first points as White House slowly built the lead in the fourth quarter, and then iced the game when Watertown got stuck at 34 points and the Lady Devils dribbled time away in the final two minutes on offense.

Watertown nearly tied the game at the free throw line at 35-34, but missed the second half of the charity tosses and White House converted its most impressive basket of the night. Off a miss, Johnstone saved the ball from under the basket over her head, and Crabtree was cutting through the lane and made it 37-34. White House closed the game on a 12-0 run and Watertown never scored again.

Junior guard Abigail Bradley started the game hot and finished with 11 points, scoring nine of hers in the first half. Crabtree had eight, Johnstone seven, Hart four and Carmen Perkins three.

Watertown dropped to 10-11 overall and returns to Class 2-A and District 6 to finish the season where they are already 0-2.

White House moves on to Portland Friday night, looking to sweep the Lady Panthers for the season. White House is 12-10 overall and 3-1 in District 9-3A. The Lady Devils have four district games remaining, with Portland and Greenbrier on the road and Creek Wood and Montgomery Central at home.