Devils light it up against Montgomery Central

Posted on February 2, 2022 by whitehousebdp 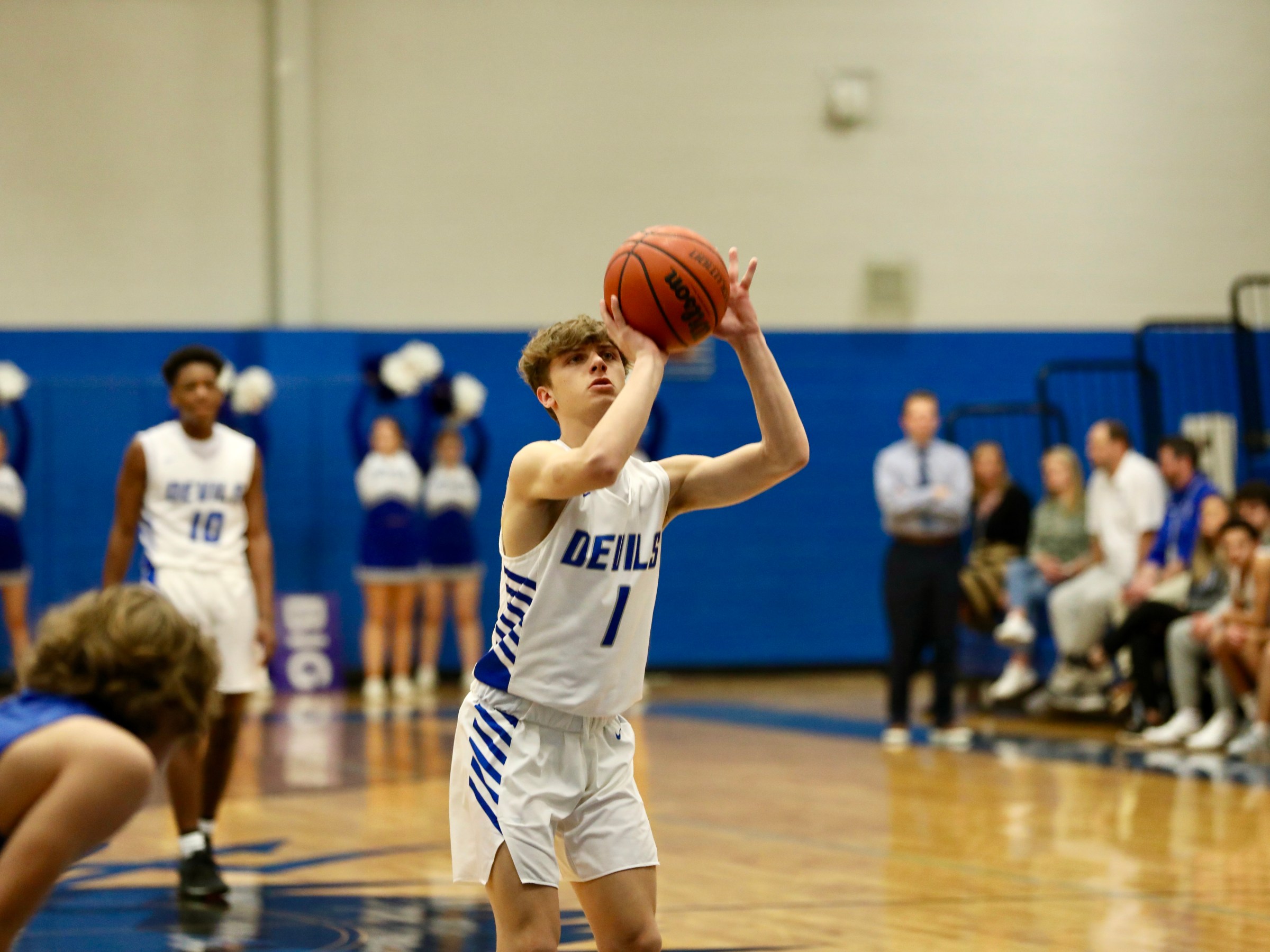 WHITE HOUSE – Playing back on the floor of White House Middle School because of a maintenance issue at the gym of WHHS, the Blue Devils lit up the scoreboard with an 82-50 victory over Montgomery Central.

White House built a huge lead on the back of 23 points from junior Zane Brown, including five threes, and a career high 20 points from senior Amarion Lucas. White House swept Montgomery Central for the season, including a 69-67 overtime win two weeks ago on the road.

The two teams are almost guaranteed to meet again in an elimination game in the first round of the District 9-3A Tournament. With the top-heavy trim of Greenbrier, Portland and Creek Wood all beating each other at the top of the standings, White House will have to fend off the Indians a third time in a winner-take-all 4-5 seeded game in the district tournament.

But, there is work to be done as White House travels to Greenbrier on Friday and then hosts Creek Wood on Tuesday. The Devils are 7-17 overall and 2-4 in district play. Montgomery Central fell to 4-18 (0-6).

The Devils won the game going away with 10 players getting into the scoring column. Every player that played for White House scored.

D.T. Faulk dropped 26 points to lead Montgomery Central, but no other players had double figures. He had a fallaway three at Montgomery Central to send the first meeting to overtime, when White House’s Worrell scored with 31 seconds left to lift the Devils to a 69-67 triumph.

Friday’s opponent is Greenbrier, and the Bobcats are 20-2, with 18 wins in their last 19 games. Greenbrier avenged its loss to Creek Wood on Tuesday night and split with the Red Hawks for the season. Creek Wood is 13-5 (4-2) and comes to White House on Tuesday.