Posted on February 3, 2022 by whitehousebdp 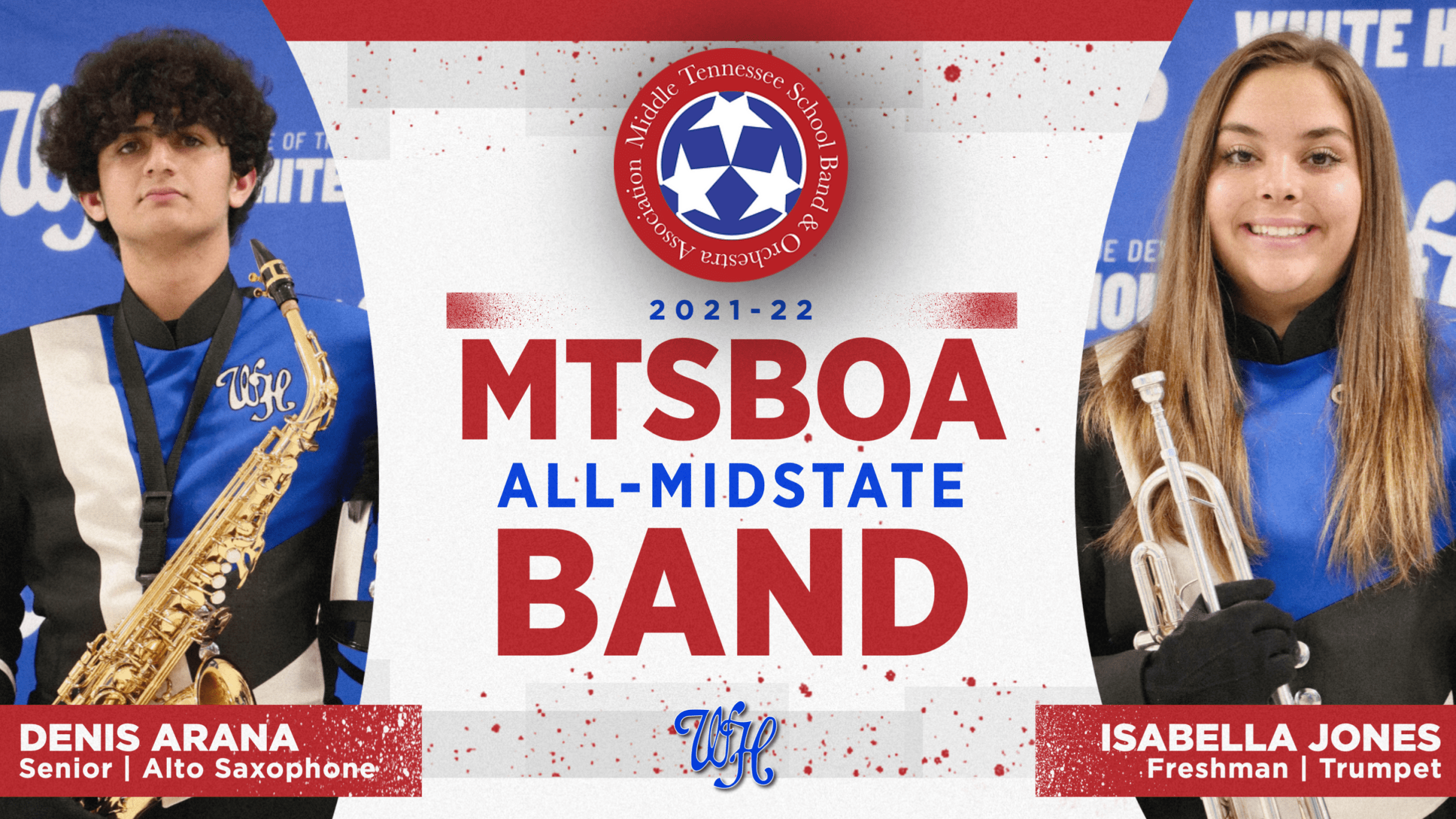 Senior alto saxophone player Denis Arana and freshman trumpet Isabella Jones were selected from the White House High School Band of Pride. Several students from WHHS auditioned and the pair was selected to represent the Blue Devils at MTSBOA.

All-Midstate band is a yearly process where students around Middle Tennessee high schools and middle schools have prepared music, scales, and sight-reading as a part of their audition. Students are awarded recognition in different levels, including gold, silver, and the top honor of All-State.

Denis Arana, a senior at White House High School, made second chair in the 11th-12th grade silver band playing alto saxophone. He is a member of WHHS Band of Pride marching band, concert band, and the newest addition at the school, jazz band. Arana plans to enlist in the United States Navy after graduation.

“Even though it was nerve wracking, scary, and a little stressful,” Arana said, “I was proud of the end result and would go through it all over again if I could.”

Isabella Jones, a freshman at White House High School, has been in the band since sixth grade and the marching band since eighth grade. At White House High School, middle school band students are allowed to participate in many high school band activities, like marching with the team in the fall and participating in combined concerts with high school students and alumni.

Jones loves band and plans to continue throughout high school and maybe even in college. She made third chair 9th-10th grade silver band playing trumpet.

“I love being in band and have done so since I’ve started,” she said. “There have definitely been some ups and downs but I am so incredibly grateful that I’ve been able to have a full Mid-State experience.

“I also am so thankful God has given me this talent, and opportunities like Mid-State, and has given me people in my life like Ms. (Giselle) Goad, Mr. (Allan) Suska, Mr. (Chris) Warpool, and most of all, my family.”

Giselle Goad is in her second year as the director of bands for White House High School, after moving to Tennessee from the Midwest before the 2020-21 school year.

“I was very proud to see Isabella and Denis participate in the Mid-State band this year,” Goad said. “After not having any students make it last year, it was a huge accomplishment to have two students make it and they both preformed very well and have a lot to be proud of.”

The White House High School Band of Pride completed its marching season in November, and is now focused on jazz band and concert band. The majority of band members are involved in both semesters of band activities each year.