Posted on February 11, 2022 by whitehousebdp 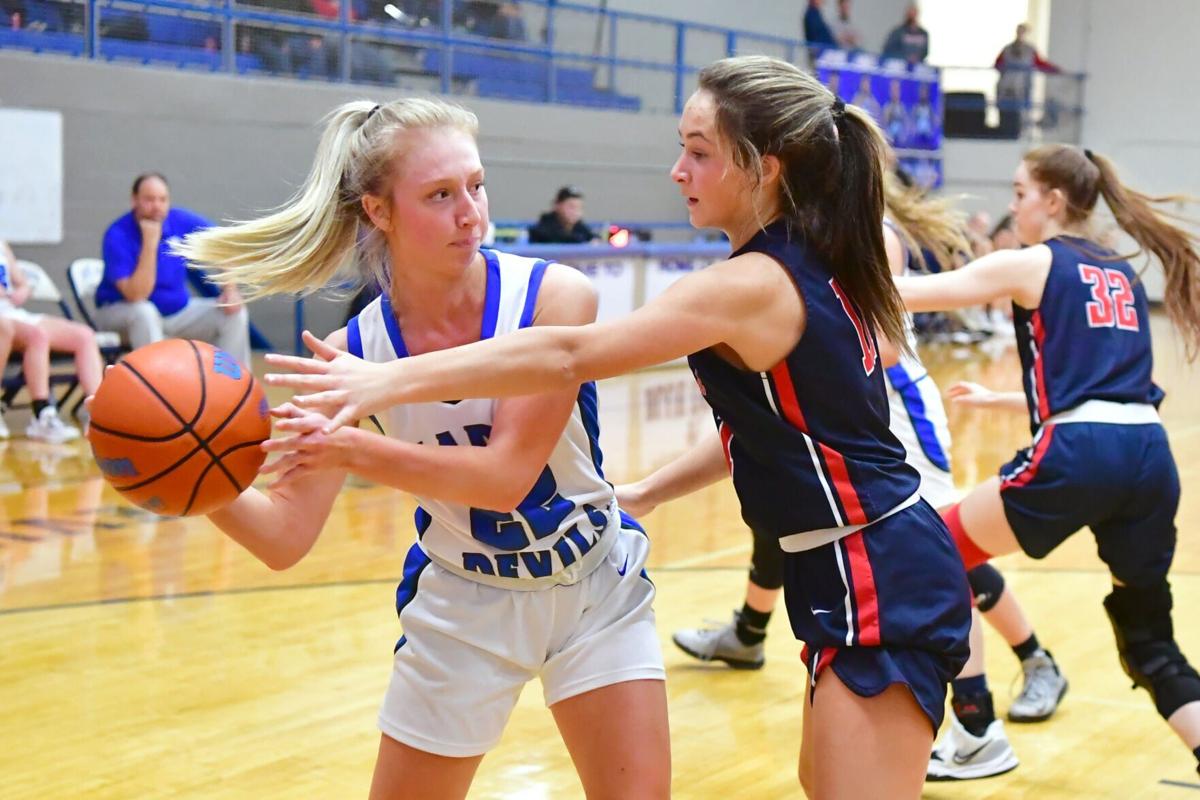 Russell Wilson wasn’t sure what to expect from his squad this season.

The Creek Wood girls basketball team was one year removed from a Class AA state tournament appearance and had lost five seniors from the season before. On top of that, the Lady Red Hawks were moving up to Class 3A this winter.

On Tuesday, his team sealed the top seed for the upcoming District 9-3A tournament.

“It’s kind of neat to win that first 3A regular-season championship,” Wilson said after a 63-46 win at district No. 2 White House. “It’s kind of a neat win.

“(The players) knew what was at stake tonight, so they came out and were hot early on. … It’s exciting. First time in school history to get a 3A regular-season championship.”

Brianna Burgess and Laura Nichols hit six of Creek Wood’s eight first-half triples, and they led 35-27 at the break.

“I thought we shot well tonight,” Wilson said. “From last year to this year, that’s kind of been our main point of production. Tonight, they were falling, so that was good for us.”

A 17-point deficit for the Lady Blue Devils (14-11, 5-2) was trimmed to 55-46 late in the fourth, but 13 second-half turnovers and a slowed pace from Creek Wood locked White House out of sharing the regular-season title.

“Offensively we have a lot to work on,” said Lady Devils coach Bailey Foulke. “It’s not that we have trouble scoring or shooting the ball, it’s just the little things that add up. We have to tweak those little fundamental things.”

Creek Wood swept the season series with the win but will likely play Foulke’s team again in next week’s district tournament; White House’s two losses in district play have come against Creek Wood, while the Lady Hawks have yet to lose to a district foe.

“It’s hard to beat a team three times,” Wilson said. “And they’re good. They’re strong, (and) they attack you well on the offensive end.”

“We played man as best as we can, but they’re a great shooting team,” added Foulke. “It’s something that, if we see them again, we’ll just need to adjust to not let them get those looks, whether they’re easy looks or hard looks.”