Posted on February 25, 2022 by whitehousebdp 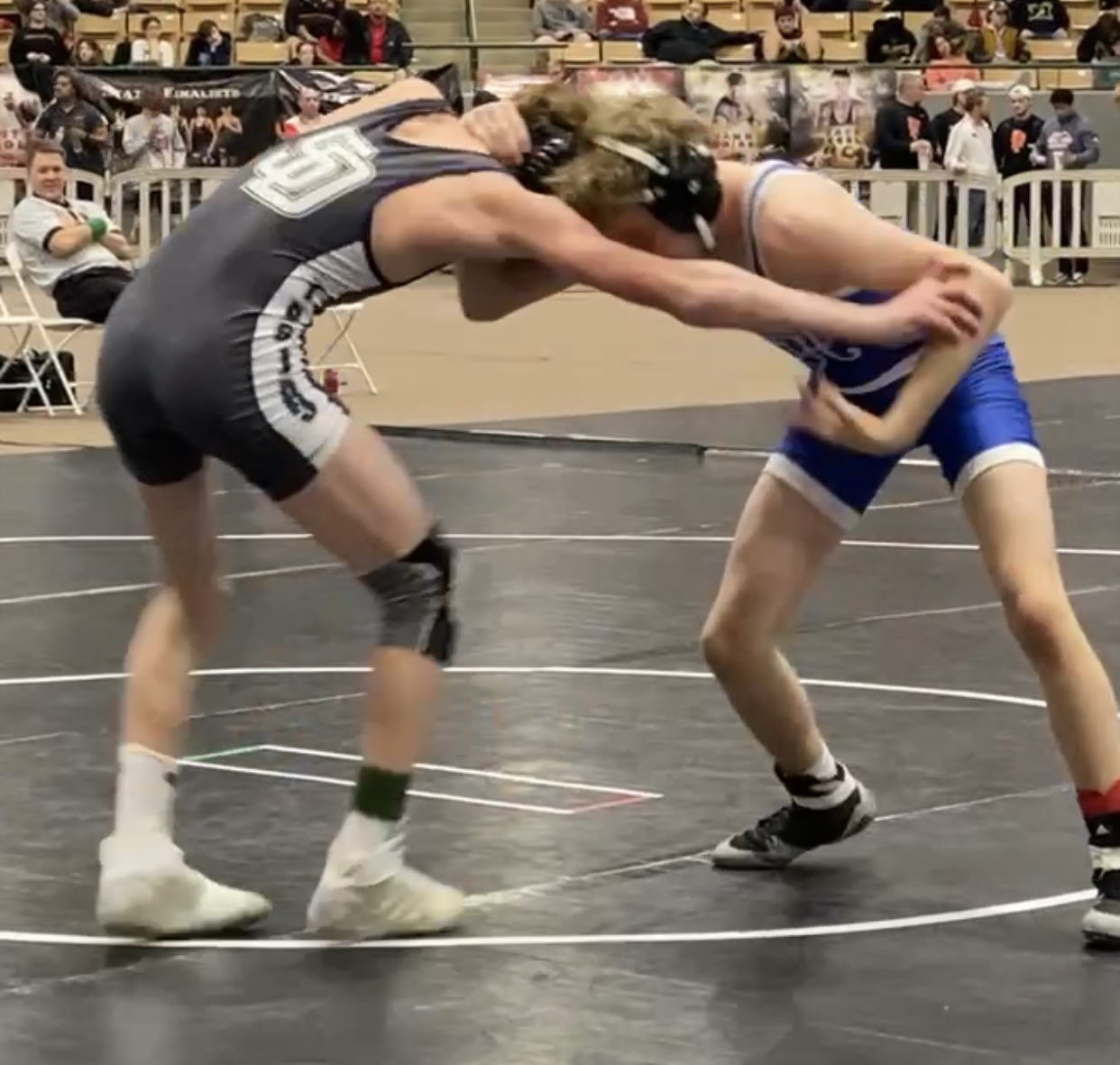 FRANKLIN – Cameron Morris of White House finished his first-ever state tournament appearance for the TSSAA on Friday with an 0-2 record, but competed well in the TSSAA Class A Championship Bracket.

Morris, as a four-seed, drew a tough opening round draw against top-seeded senior Porter Finstad (43-11) of Gibbs, and the senior won in 38 seconds by pin fall. While this year both wrestlers competed in the 113-pound division, last year Finstad was a second-place medalist in the 106-pound division as a junior.

In the match against Duncan, Morris had a reversal for points with 58 seconds remaining and then a near pin fall at 45 seconds. But Duncan countered with an escape at 41 seconds and takedown at 28 to win the match as time expired. Morris survived three full rounds/periods.

“We are really proud of Cameron,” said White House head coach Mark Lamberth. “He wrestled a full match in his second match today and that is a big accomplishment. We are very proud of the hard work by all of our team this year.”

Morris was the lone qualifier from White House out of the six sectional competitors from this weekend.

Taylor Turner (25-4) of Harpeth defeated Duncan by pin fall in the opening match, and then Turner took out Finstad in the quarterfinals, 11-2. Both Finstad and Duncan are still alive on the consolation side of the bracket.

Turner lost in the semifinals and is also awaiting his next assignment in the consolation bracket.

The championship match for tomorrow is set, with Signal Mountain’s freshman Ethan Uhorchuk against senior Steve Ramos of Martin Luther King. While Ramos has three wins by pin fall, Uhorchuk won his first match by forfeit and then picked up two decisions.