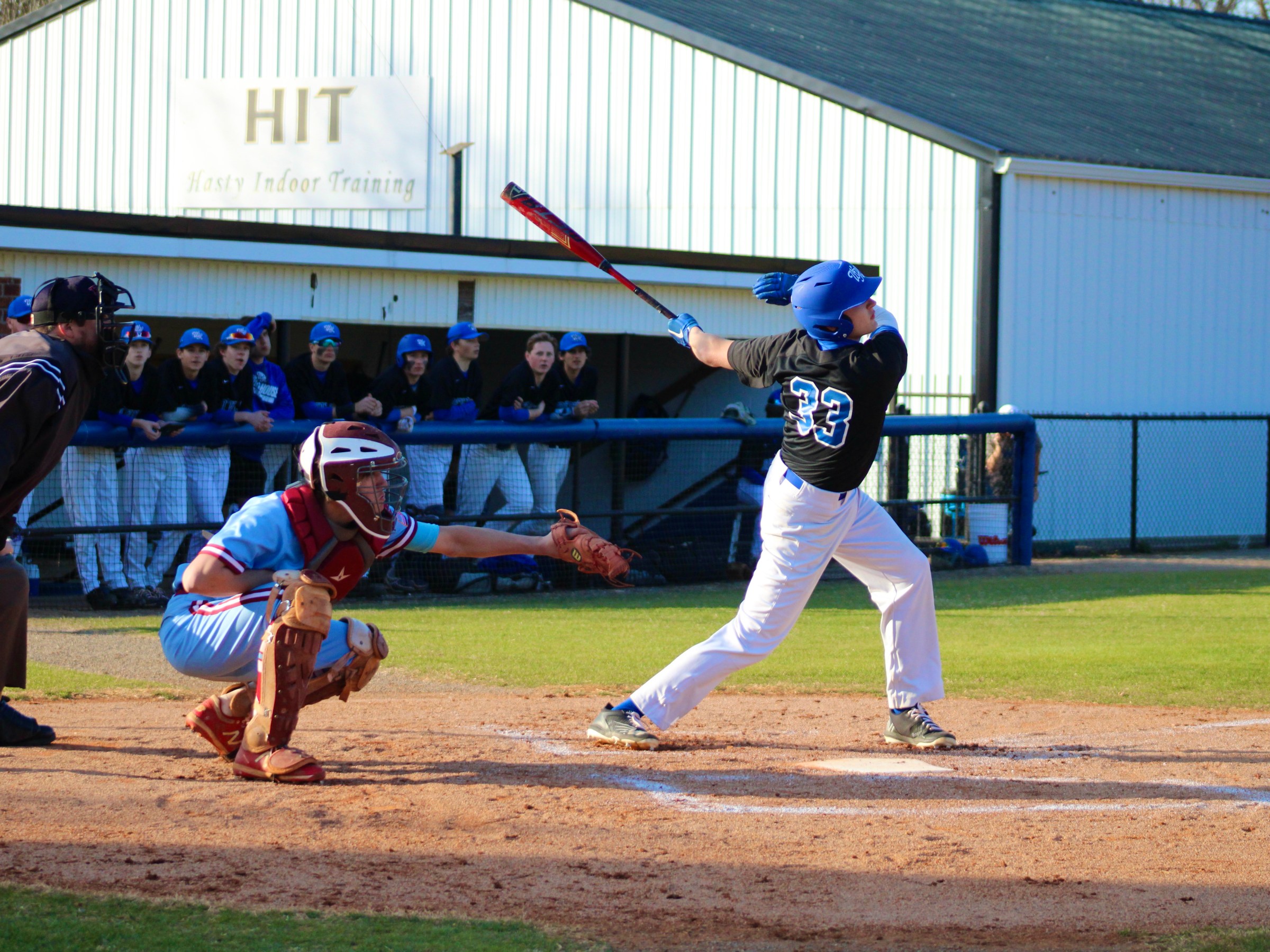 WHITE HOUSE – It was not the way anyone could have imagined the open to the 2022 baseball season, but 25 runs later and a wild ending was enough for White House to start the year with a 13-12 victory over University School of Nashville.

Blake Barker’s chopper up the middle with two outs in the bottom of the seventh sent Tanner Carpenter to the plate, when Barker beat out a wide throw to first for the infield RBI single. White House trailed 10-2, but scored four in the fourth, five in the fifth and then one each in the final two frames to clinch the game.

University School Nashville scored early off White House mistakes in the first inning with five runs. Despite 25 players crossing the plate, there were just 15 hits in the game.

White House was the recipient of 16 walks, but issued seven of their own. The teams combined for double digit numbers in passed balls, plus made 7 errors combined and 17 left on base between the two teams. It looked like a season opening game full of rust and plenty of kinks to work out, but White House still came away on top.

A key for White House was lead off man and senior Hunter Matherly reaching five times and scoring three. He was 3-for-3 with an RBI, walked twice, and doubled hard in the left center gap to start the game.

Fellow senior Eric Rogers was 1-for-3 with three RBIs and two walks, and delivered a key two-run double early in the game as White House began the process to crawl back into the contest.

Kaiden Biggs delivered a double that went off the glove and over the head of the center fielder, and then Barker and Carpenter had the only two other hits.

Carson Darr was 3-for-4 with two singles, a double and four RBIs for USN, but the key at-bat of the game came in the bottom of the sixth when Caden Blackford struck out Darr with a runner on to preserve a 12-11 game.

Carpenter led off with a walk and then moved to second on a wild pitch. After a ground out and a strikeout, with a walk to Brown sandwiched in between, Barker worked the count to 1-2 by fighting off an 0-2 fastball that he fouled to the screen. He took the fifth pitch of the at bat and bounced it up the middle, and Peck slowly approached the ball and had no chance to get Barker as Carpenter crossed the plate.

Starter Braeden Grieb had three strikeouts in two innings, but exited to Brennan Cox for two and a third, then Blackford struck out four and Brown two to end the night for the Devils on the mound. Brown took the win.

Quinn Powers pitched two thirds of an inning in relief and took the loss, but the Devils roughed up Stevenson and Peck in the fourth and fifth with nine runs on 10 walks and just two hits.