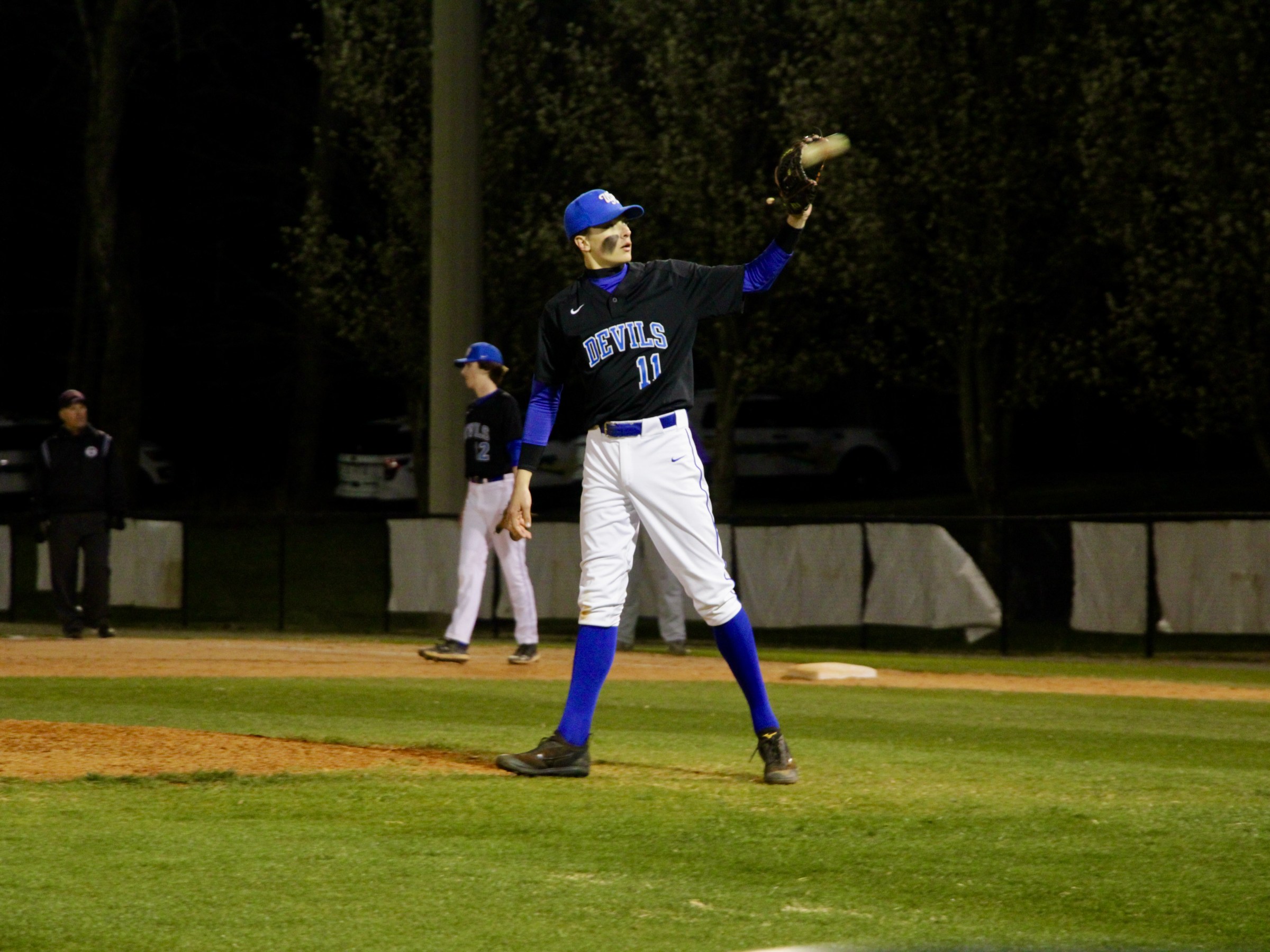 WHITE HOUSE – After a dominant start for senior Caden Blackford, the White House Blue Devils got late inning magic for a 5-0 victory to open district play over the previously undefeated Portland Panthers.

Blackford threw four shutout innings with eight strikeouts on four hits, but exited the mound after the fourth and Zane Brown completed the shutout with three innings of no-hit ball, striking out the last seven batters of the game. White House improved to 6-3 (1-0) and Portland fell to 7-1 (0-1).

Portland’s Luke Newton threw five complete, but ran into trouble in the bottom of the sixth when he issued a four-pitch walk to lead-off Eric Rogers. After Jacob Ausbrooks entered the game, Hunter Matherly also walked on four pitches then Blake Anderson bunted and Portland attempted to throw Matherly out at second, but all runners were safe on the fielder’s choice.

Now, with the bases loaded, Blake Barker doubled to left field, scoring two, and then Tanner Carpenter immediately doubled to right center to make it 4-0. Brown singled with one out to drive in Carpenter for the final run of the inning.

Matherly, Anderson, Carpenter, Barker and Rogers had the five base hits.

White House pitching combined for 15 strikeouts and only three walks, while Portland struck out three and walked three.

The two teams play again Tuesday at Portland, with junior varsity at 4:30 and the varsity game at 6:30. White House JV also defeated Portland on Monday. 5-0.