Posted on April 5, 2022 by whitehousebdp 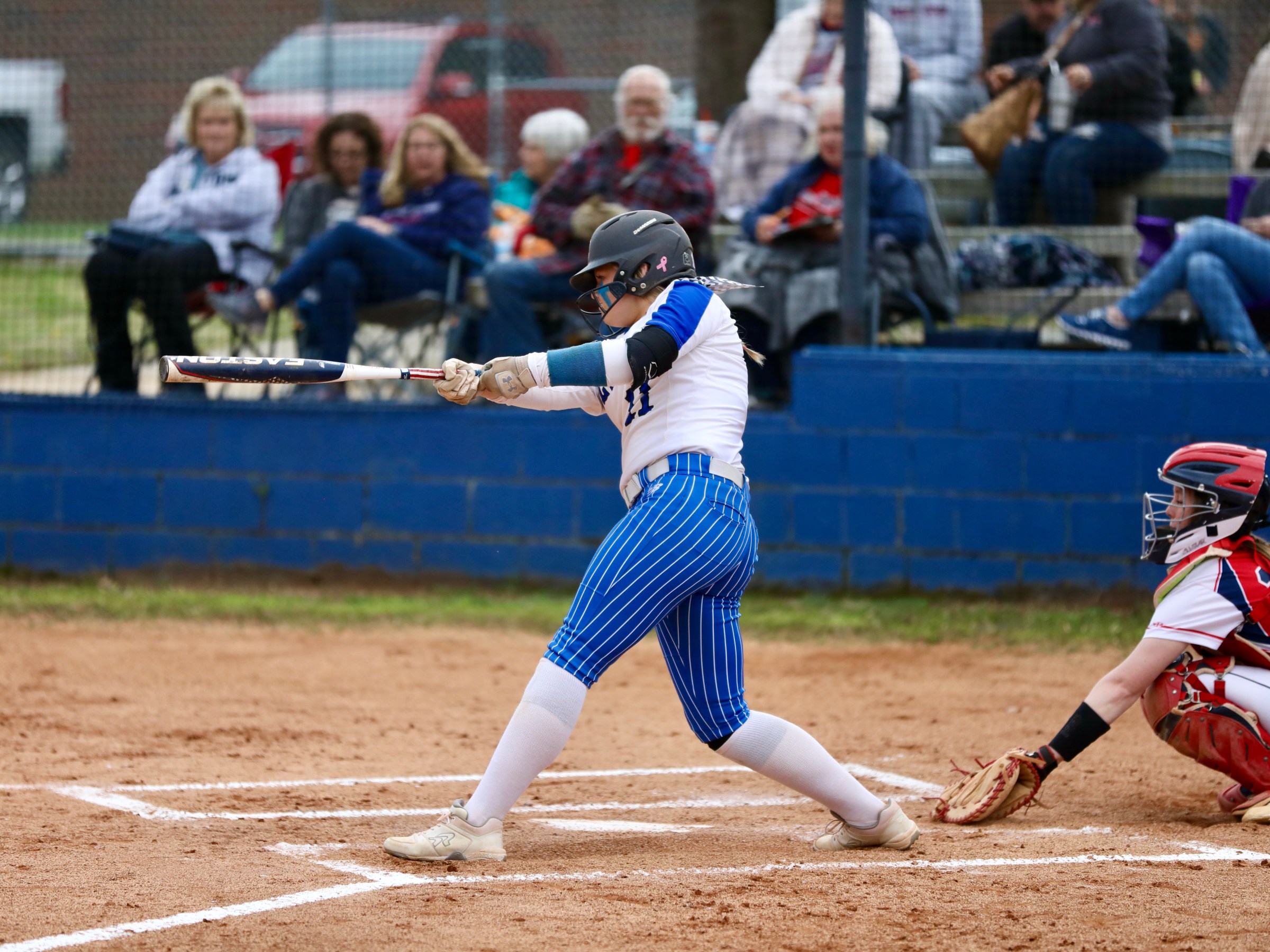 WHITE HOUSE – The Lady Devils rallied from three runs down twice in the game on Monday night and defeated Creek Wood 6-5 to pick up their first district win of the season.

The Lady Red Hawks took a 3-0 and a 5-2 lead, but White House chipped away and tied the game in the fourth and then took the lead for good in the sixth inning when Kaylee London doubled off the left center wall and scored on a wild pitch.

Brook McCray started and pitched the majority of the game and LeighAnn Sanders came in for the close, awarding a hit by pitch in the top of the seventh with one out. But the last play of the game sealed the deal, as a pop fly to left field went between Emily Seavers and Ellie Essary, and Essary dove to her right to make a sliding catch to end the game.

White House got a run in the bottom of the first when Sanders and Seavers reached after a hit by pitch with two outs, and then Emma Kate Holland singled up the middle to make it 3-1.

Addy Harris homered over the left center wall on a hard line drive with two outs in the bottom of the second, cutting the margin to 3-2. It was her first home run of the season, and just the second for the Lady Devils with the other coming earlier this year from Emily Seavers.

Creek Wood added two runs in the top of the third, but White House got them back in the bottom half. Sanders was hit by a pitch, then Seavers singled to left and Holland drove home her second run with another single up the middle. London singled to right, but Holland was thrown out at third after the run scored to make it 5-4.

In the fourth, White House threatened with the bases loaded and no out, but the big inning didn’t come although the game was tied up. McCray grounded out to short and scored a run, then Sanders popped out into foul territory in right field and the double play ensued when the throw came home and the runner was caught between third and the plate for the final out.

With the game tied at 5-5, London nearly homered in the sixth, just missing the same spot as Harris earlier blast. She advanced to third and then scored on a wild pitch to take a 6-5 lead, which White House held onto for the win.

White House improved to 4-11-2 for the season and 1-0 in district play after opening the year in a series of tournaments. White House is scheduled to travel to Portland on Tuesday weather permitting.