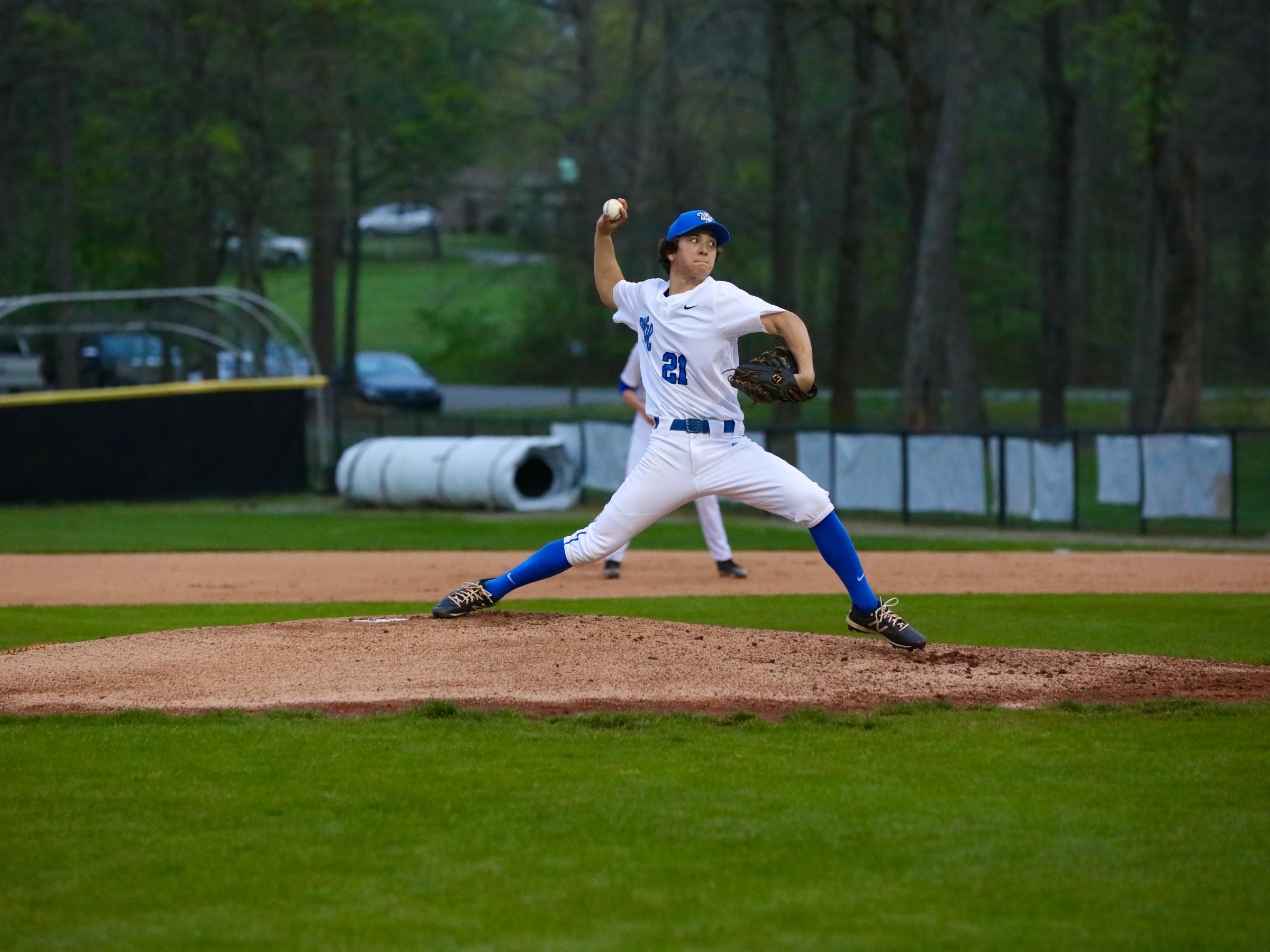 WHITE HOUSE – In a game that was added to the schedule and shifted because of weather conditions the last two weeks, the White House Blue Devils took full advantage of a clash with cross-town rival Christian Community School on Thursday night.

Josh Walker and Tanner Carpenter combined for a no-hitter, with nine strikeouts total in the effort. White House broke up a pitching duel in the bottom of the fourth and won 3-0 over CCS in seven innings.

Walker tossed five innings, allowing no runs and no hits with five Ks and four walks, and then the senior Carpenter came in for the clutch save with two innings of work, shutting the door with four strikeouts consecutive in the final four batters of the game, three of them looking.

It was White House’s first no hitter of the season, after former senior Dustin Palmer combined twice for no-nos in the 2021 campaign.

Walker (2-3 for the season) worked out of trouble for the first time in the top of the second when Lawson Tea walked for the Colts to start the inning and CCS starting pitcher Gavin Alston lifted a deep opposite field fly ball to the wall. But Eric Rogers drifted back and made a leaping catch under the scoreboard with two outs to keep it a 0-0 game.

Then White House got Walker and Carpenter on base with bunts, but a caught stealing of the courtesy runner ended the threat with two on and two out in the second.

In the third, Walker struggled with control and walked three, but pitched his way out of the jam with a 5-3 double play from Zane Brown to Caden Blackford, then a pop up behind second to end the top half of the third. He worked around a two out walk in the fourth.

White House got either team’s first hit of the game to lead off the bottom of the fourth when senior Hunter Matherly shot a grounder deep in the hole right of short and got the single without a throw. Blackford sacrificed him to second and Brown’s one-out RBI single gave the Devils a 1-0 lead. Walker then stepped to the plate and laced a line drive almost the same spot as Brown over the second baseman’s head, but it was a little deeper and the right fielder overran the ball and everybody was safe. Carpenter reached on a fielder’s choice, putting runners on first and third and then Blake Barker singled up the middle, scoring Brown for a 2-0 lead. Matthew Sureda walked, but White House left the bases loaded.

In the fifth, Walker cruised through his final inning and then the Devils got an insurance run as Matherly tripled off the right field wall and scored when Blackford lined to short and Tea dropped the line drive on the jump for a 3-0 lead.

White House got a sixth inning single from Carpenter and a walk to T.J. Hardcastle, but a substitution appeal caused the second out and White House did not score.

Carpenter struck out the last batter of the sixth and then the side in the seventh to end the game.