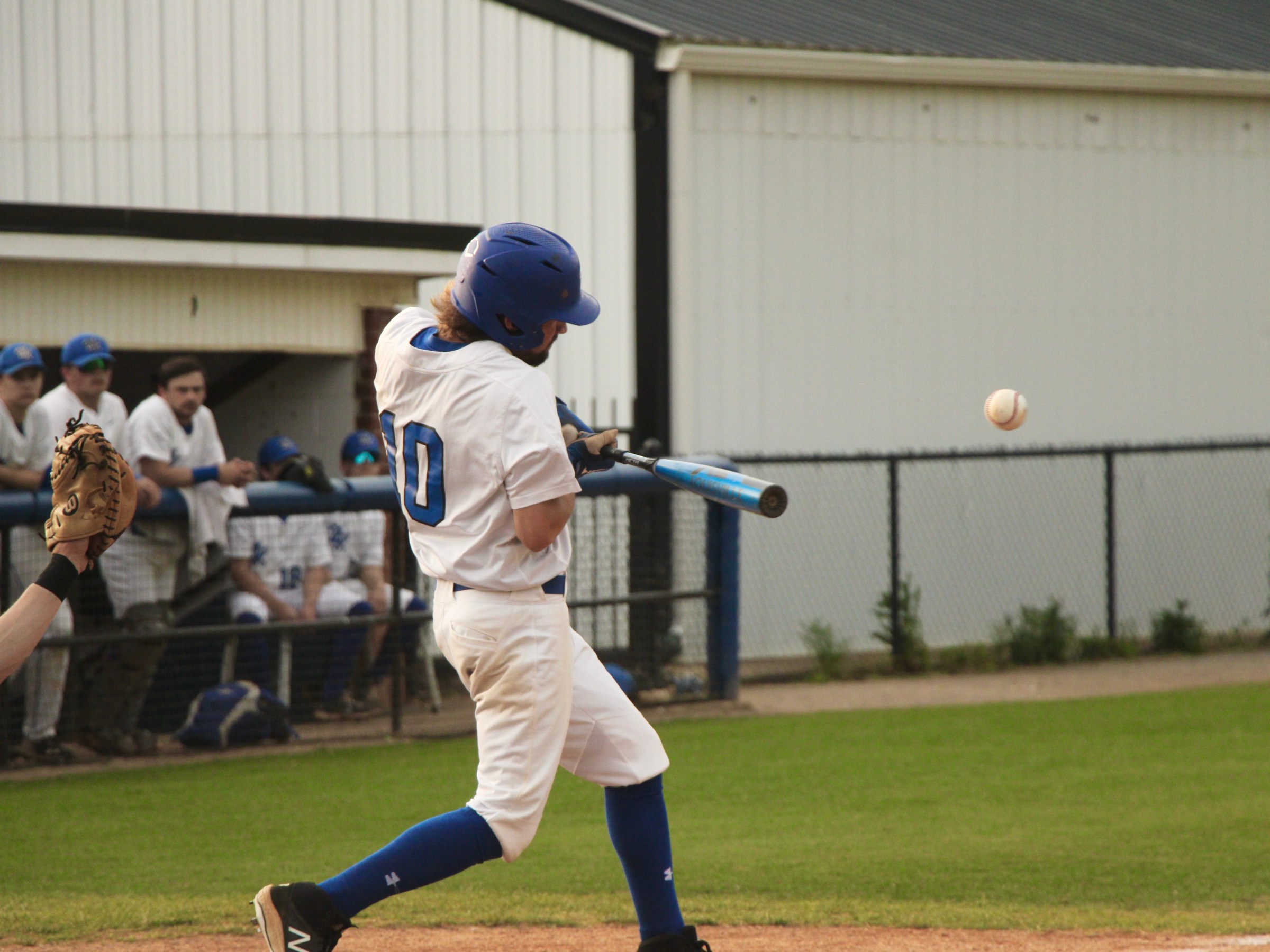 WHITE HOUSE – It was a group of seniors who made all the difference on Tuesday night as the White House Blue Devils powered their way to a 12-2 victory on Senior Night over Christian Community School.

Seniors Braeden Grieb, Kaiden Biggs and Hunter Matherly all had two hits for the Devils, and Grieb, senior Matthew Sureda and junior Zane Brown drove in two runs each. White House took a 2-0 lead in the second, added three in the third and four in the fourth, two in the fifth and then the walk-off run for the mercy rule victory in the bottom of the sixth.

Meanwhile on the mound, Seth Guy got the win for the Devils, throwing four and a third with two runs on five hits with a pair of strikeouts. Josh Walker and Zane Brown combined to finish the game on the mound and Brown struck out three and Walker fanned one.

Guy worked around a two-out triple by Brayden Chunn in the top of the second, then White House struck first in the bottom half when Sureda hustled out a passed ball and Biggs walked. The Blue Devils got one run on a passed ball and then senior Phoenix Caruthers laid down a squeeze bunt on the first base line to drive in a run.

Matherly and Brown singled to start with Hunter coming around to score on the single by Zane after he stole second base. Senior Tanner Carpenter walked, then Grieb drove home two on a single with two outs after Biggs also walked for a 5-0 lead.

The Blue Devils gave up a home run in the top of the fourth to cut the lead to 5-1 when Lawson Tea poked an opposite field color shot fading down the right field line.

In the bottom half though, the Blue Devils did all the damage with two outs to take a 9-1 lead. White House got a one out walk to Matherly, who was caught stealing, and then Brown reached on a dropped third strike. Carpenter singled, Sureda doubled and Biggs tripled in succession before Caruthers walked. But a strikeout ended the inning with a 9-1 lead.

Kelly Collins reached on an error to start the fifth, and CCS got its second run on back to back singles by Connor Newton and Connor Martin to make it 9-2.

Senior Caden Blackford smacked a one-out single and then Brown reached on a double for an RBI, with the Blue Devils plating one more run as Carpenter reached on an error for an 11-2 lead.

Drew Belcher singled to start the sixth but then Zane Brown struck out the side, and White House walked it off in the bottom side. Biggs singled, then Blake Barker and Blackford walked to load the bases with two outs before Matherly drove the game winner into left field. The fielder misplayed it, but only one run counted as the play was stopped when the ball made it all the way to the wall.

Senior Eric Rogers reached base one time in two plate appearances, but left the game after being hit by a pitch his second time up.

White House will travel to Creek Wood on Thursday to play the Red Hawks at 6 p.m. The game is an elimination game in the 4-5 seed round of the District 9-AAA Tournament. The winner will advance to the district semifinals.