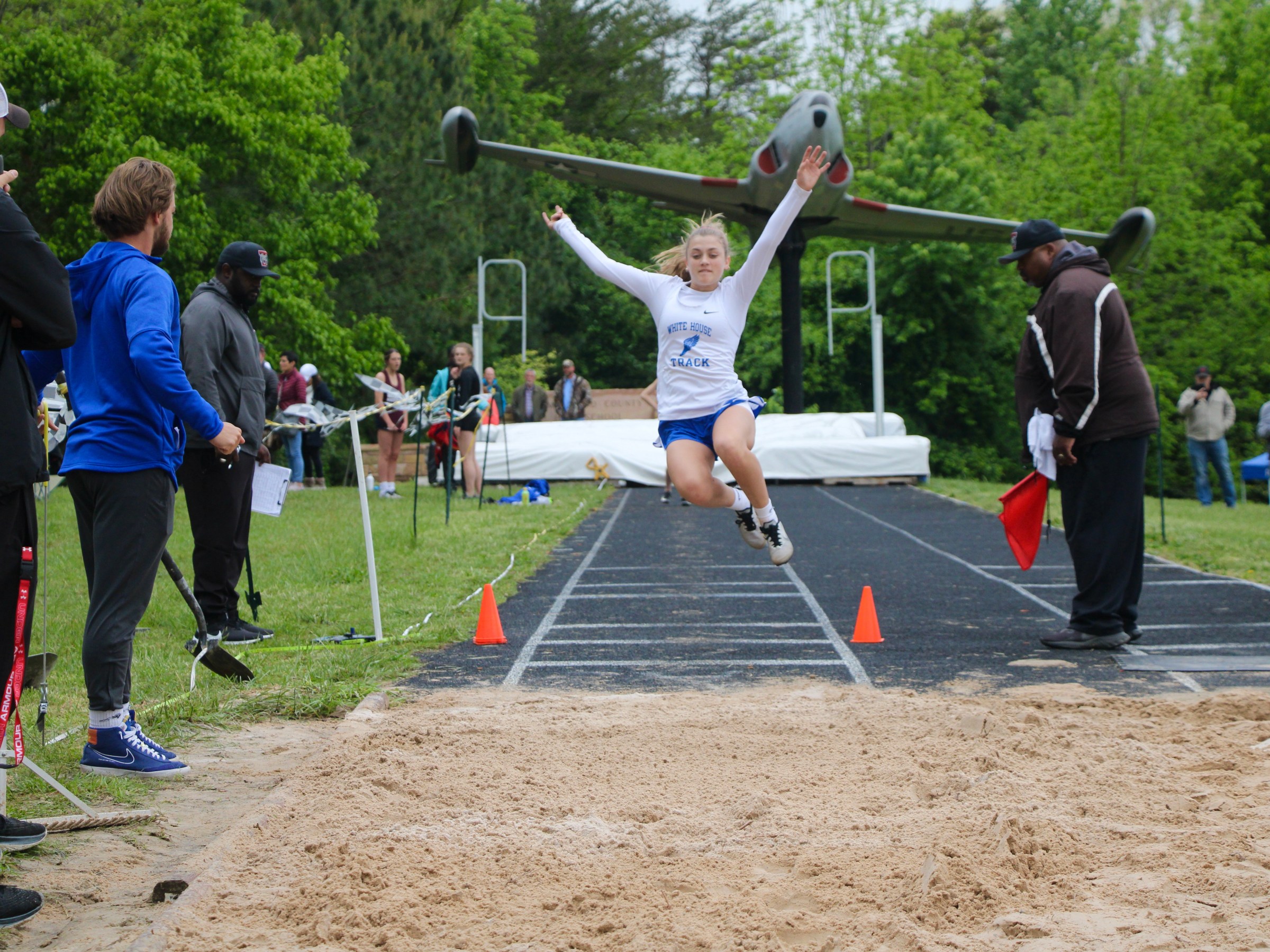 The White House Track and Field team has an incredible day on Saturday in Crossville at Cumberland County High School, with the girls taking home first place honors for the meet and the entire team earning 30 bids to the sectional round.

The boys team had qualifiers in 10 events.

Lauren Davis had a long jump of 14-9 to take first place in the event, and Anna Kate Bess had a triple jump distance of 29-5 to earn a first place medal.

Kerra Marsh ran a season best in the 800 meters with a time of 2:34.08. She is committed and signed to run cross country and track and field at Austin Peay State University.

Melody Keith had one of the most impressive events of the day, beating her personal record in the discus throw by 21 feet and winning the event with a 93-2. The second closest competitor was 79-9. She also won the shot put event with a throw of 30-9.25, earning 20 points for the girls as a team on her own in those two events.