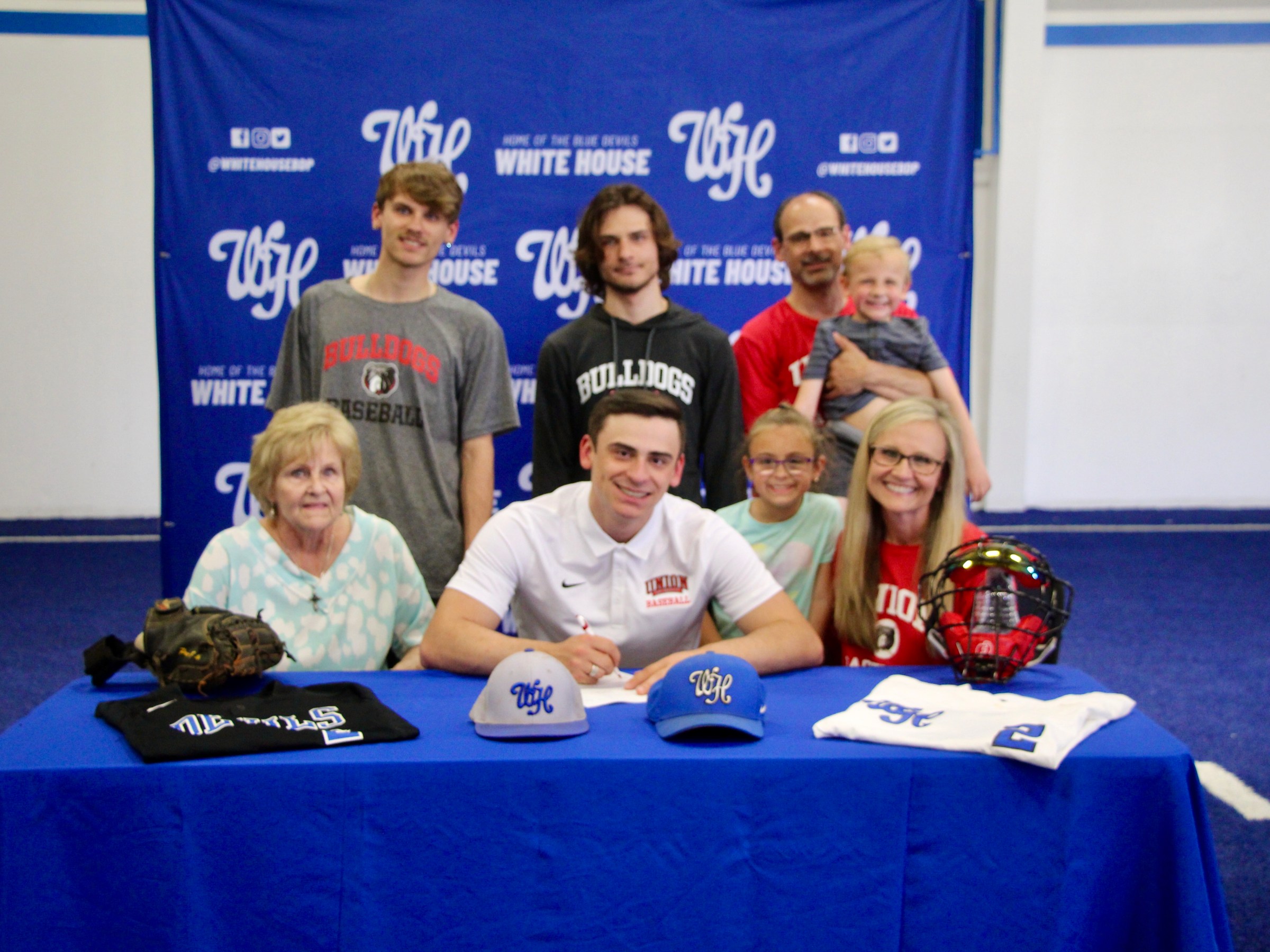 Sureda, a senior for the Blue Devils, will graduate next week from White House and plans to study math and education in college, with plans to become a math teacher.

He will join the Bulldogs as one of the best defensive catchers in Middle Tennessee high school baseball. During his senior season, he made just one error in 201 total chances, with 187 putouts combined with pitchers and 13 assists. His fielding percentage was .995, best on the team among regular starters. He caught 161.1 innings and caught five runners stealing.

His junior year, he made just four errors in 204 chances, ending his final two seasons with only five defensive errors in 405 chances and a .987 fielding percentage. He caught 159.2 innings his junior year.

Union University competes in the Gulf South Conference of NCAA Division II. The Bulldogs are currently 19-23 overall and 12-14 in conference play. There are four current Middle Tennessee products on the roster from Hendersonville, Lebanon, Independence and John Overton High School.

Head coach Jim Pitt is in his third season with the Bulldogs.